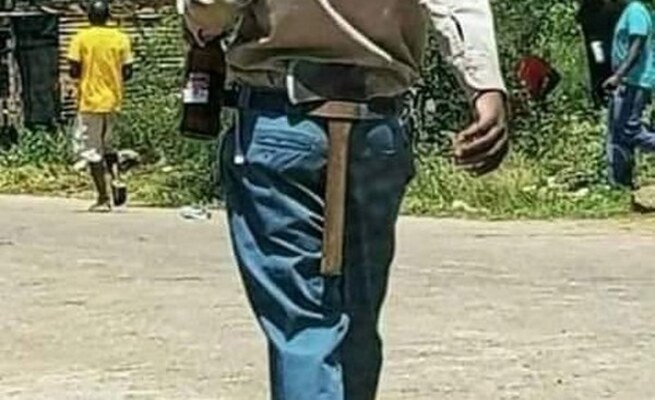 A gold panner from Shurugwi had his leg hacked by his colleagues who accused him of being in a relationship with the wife of another panner.

The three accused persons have since appeared in court facing one count of attempted murder.

The three, Charles Chingwaya (29), Philbert Chingwaya (22) and Tafadzwa Rundofa (31) appeared before Shurugwi magistrate Percy Mukumba accused of stabbing Simon Vingirai. They pleaded guilty and were remanded in custody to a date to be advised.

The trio told the court that they had no tangible evidence about the alleged relationship but they only got wind of the illicit affair from a local prophet.

Representing the State, prosecutor Pride Gomera told the court that on May 29, the trio went to Adare Farm in Gutsaruzhinji area Shurugwi where they found Vingirai drinking at a bar. Charles confronted Vingirai accusing him of being in an illicit relationship with his wife claiming he was told by a prophet.

Vingirai professed ignorance on the matter and this did not go down well with Charles.

He then produced an axe that he used to strike Vingirai several times on the left leg.

The court heard that the trio took turns to strike the complainant with an axe, hacking off his left leg in the process.

They also stabbed him several times using a knife.

They fled from the scene after committing the crime while Vingirai was ferried to a local hospital and the matter was reported to the police leading to their arrest.