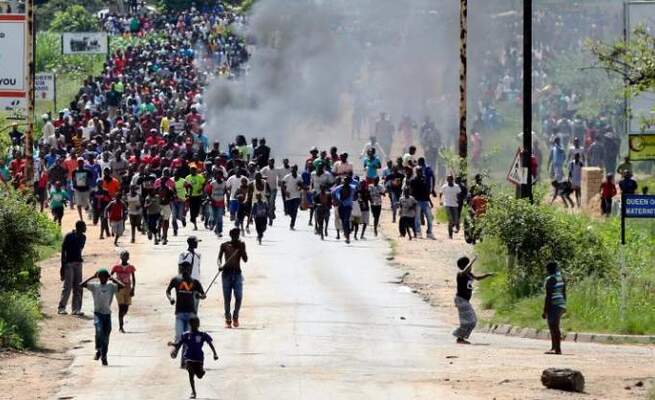 OPPOSITION politician Jacob Ngarivhume, who is leading the July 31 nationwide protests, says the demonstrations will go ahead as Zimbabweans are reeling under corruption whose impact is more ruinous than Covid-19.

The planned protests have received widespread support from a broad cross-section of the population, including civil society, labour unions and the MDC-Alliance. However, the government has outlawed the demonstrations, saying they would be in violation of Covid-19 containment regulations.

The media has been awash with reports of looting and corruption perpetrated by public officials and political elites while Zimbabweans wallow in poverty.

Ngarivhume, who leads Transform Zimbabwe, said the protests are meant to send a “clear and unequivocal message to the government that the suffering of the people has reached breaking point”.

“It is about people speaking out against corruption and demanding meaningful changes in government to ensure we can hold individuals accountable. It is to make the voice of the people irrespective of their race, ethnicity, gender or political affiliation heard,” he said.

“We want looters to go, we want bad leaders to go, we want corruption to fall and we want US dollars available to all. People are suffering, more because of corruption than Covid-19. Both are scourges that are killing us. There’s simmering anger because of government’s failure to meet the needs of the people because of the ongoing looting. All the same, we will wear masks and keep our distance one from another. We will break no laws, including our constitutional right to demonstrate peacefully.”

Ngarivhume said the protests will continue after July 31 if the government does not curtail corruption.

“The idea is not to quit but press on until we get the results we want. That’s how the liberation struggle was won.”

The planned protests have also received the support of President Emmerson Mnangagwa’s adviser Shingi Munyeza who has been outspoken against corruption.

Ngarivhume said all participation is welcome; as long as it is in line with compelling Mnangagwa’s administration to bring those fueling corruption to book.

“We not only welcome Shingi Munyeza, but all Zimbabweans who demand political and economic reforms and rights,” he said.

“If Pastor Munyeza has the ear of the President, so much the better. It will be one more important voice; we are trying to make the President listen with crowds and loudspeakers.”