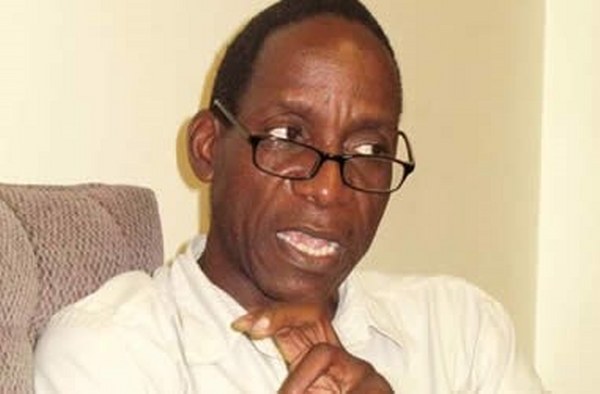 Tempers flared up in what should have been a somber moment when MDC Alliance leader Nelson Chamisa was burying his late mother in Gutu on Tuesday.

Chamisa’s mother collapsed and died in her garden on July 06, with her burial on July 08 being turned into a political battlefield after angry mourners tried to charge towards Khupe’s vehicles as she arrived to pay her last respects.

The mob blocked Khupe from entering the gate but allowed Lovemore Madhuku whom they later forced to address Chamisa as president.

In the wake of the fracas, Chamisa sent Murisi Zwizwai to talk to the visibly angry mourners who were throwing vitriolic words against Khupe and labeling her a Zanu-PF agent.

Murisi, however, failed to control the mob and reported back to Chamisa who then sent his national organizer Amos Chibaya to try and calm the storm but to no avail.

Chamisa then went to the gate and tried to address the mostly youthful mobsters, telling them to be more tolerant as the funeral was not a political event exclusive to MDC Alliance sympathisers.

They paid some deference to Chamisa’s intervention but only to get re-agitated when Khupe tried to pull back towards the gate again, and Chamisa had to personally go and talk to her from outside the yard.

Chamisa addressed mourners who were largely members of his party and expressed his anger and frustrations over the manner in which the youths had handled themselves.

“We should be more tolerant because this is a funeral and not a political rally. We have to come together during mourning and I am disappointed by the behavior showcased by some of you towards my sister Thokozani Khupe.

“A lot of people are coming here to pay their respects to Mbuya Chamisa and you should be welcoming. Even my brother Emmerson Mnangagwa may come here and there will be no need to heckle him because this is a time for grief and mourning. Let us show maturity and love because that is what we stand for as a party,” said Chamisa.

However, Chamisa’s brother Starman was heard swearing against Khupe and telling mourners that he did not want her at the funeral.

When Madhuku was given a platform to speak, he was heckled until he relented and addressed Chamisa by the title ‘president’.

Party youths who spoke to TellZim News had no kind for Khupe whom they said had showed ‘too much guts’ turning up at an event she definitely knew would treat her with hostility.

“How dare she comes to the funeral? That is more than an insult to us after what she did. She has gone to bed with Zanu-PF and still retains guts to come and show her face here. We respect president Chamisa but on this one, we had to defy him. Khupe is working with our enemies to destroy the party so why should we accommodate her?

“We were respectful enough to be non-violent. She should be grateful we did not get physical with her. We do not want anything to do with Khupe and no one will make us respect her unless she stops her madness. She did not come here to mourn Mbuya Chamisa but she came to provoke us into becoming violent with her but we were smart enough to avoid that,” said one youth.

She has also moved on to seize the MDC Alliance headquarters in Harare with the aid of soldiers and police officers.