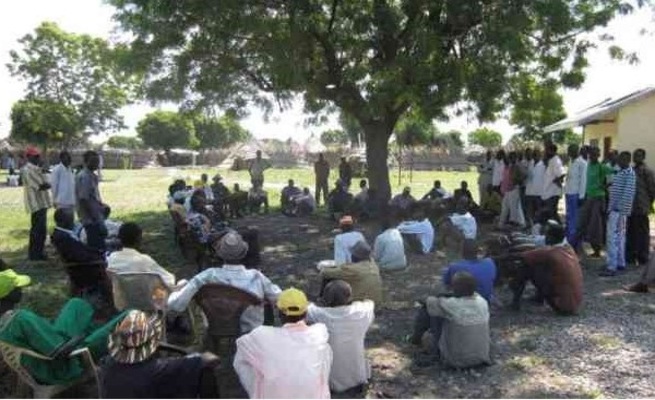 Guruve District Schools Inspector Mr Pinias Dambuza has approached the Bindura civil court after he was ordered to pay five beasts by Chief Chipuriro for engaging in an adulter0us relationship with his married subordinate.

Dambuza was found guilty of adult_ery when he appeared before Chief Chipuriro at his community court on February 23 this year under case number Guv 18/20.

He was ordered to pay four cows to Edwin Machobeni as compensation for having an adulter0us relationship with his wife, Catherine, a clerk at the Ministry of Primary and Secondary Education offices in Guruve.

Machobeni and Catherine have two children. The other beast was for the Chief, plus costs. Dambuza is now suing Machobeni and seeking to have the ruling overturned.

In his application, which was heard before Bindura magistrate Mrs Ruramai Chitumbura last Friday, Dambuza argued that the chief’s judgment was grossly unfair because no conclusive evidence of the adulter0us relationship was presented during the trial.

He said Chief Chipuriro relied on a manipulated screenshot to convict him when there was no documentary evidence from the service provider to establish if the messages were authentic.

Dambuza said the Chief had interest in the matter because he was Machobeni’s colleague and workmate in the Ministry of Local Government. He said Chief Chipuriro erred at law by presiding over the adult_ery claim, applying customary law when the parties had a civil marriage. In response, Machobeni said he had a normal marriage until Dambuza came to Guruve and started having an affair with his wife.

“In 2018, he sent a Whatsapp message to my wife saying, ‘ndinokuda’ (I love you),” he said. “I quizzed him about the message and he said it was lost.

“During the beginning of September of 2019, she started leaving the matrimonial home at odd hours in the company of Dambuza.

“He would call her at odd hours and he gave her keys to his house for easy access. They started spending time together during the weekend under the guise of work.

“I was not suspicious at first until people in the community started talking about the affair. I managed to take a screenshot of love messages between the two before confiscating their phones.”

Machobeni said his wife confessed to having a se_xual relationship with Dambuza during a family meeting. He submitted a letter that was written to the Provincial Education Director by security guards at the district offices complaining about Dambuza and Cathrine using the Ministry’s offices as their love nest, as part of the evidence.

The matter was remanded to July 15.