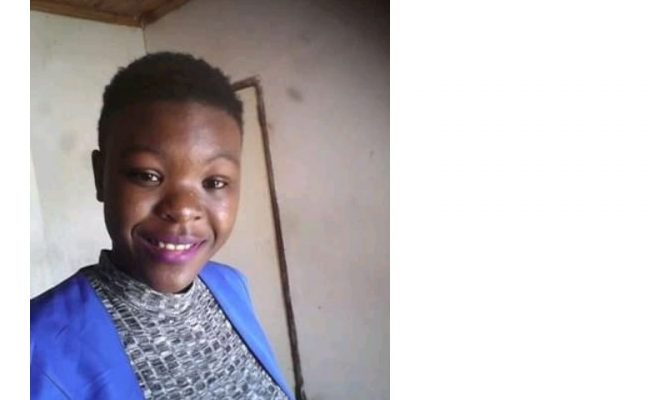 A Zimbabwean woman has admitted to using her beautiful cousins’ pictures to lure men on Facebook. 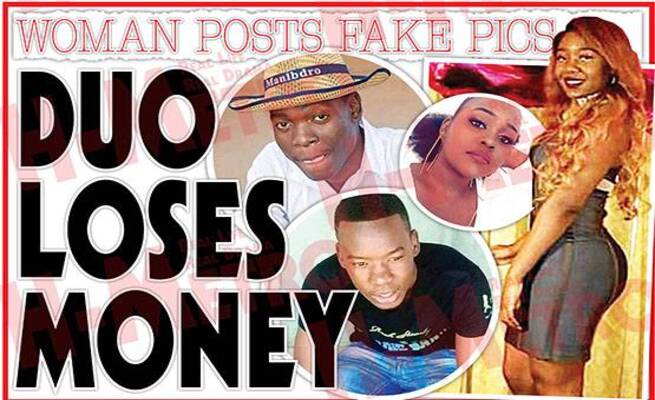 Panashe Taoneyi of Harare and Albert Mukasa of Kadoma fell in love with her online identity under the name Keishandra Elizabeth Mashambadope and contributed towards her birthday party which was ever being postponed.

Mashambadope spent the better part of June 2020 telling the two through voice audios and WhatsApp messages that she was experiencing problems that included losing her mother, sister and a friend in a road traffic accident which she claimed had delayed the organised birthday party.

She used two contact phone numbers in the name of Keisha Humba and the other Shantel Humba and it was the photographs of these two that attracted Taoneyi and Mukasa to give their heart and the little they afforded.

The real Mashambadope claimed to be a nurse usually based in UK but unable to travel back to England due to the Covid-19 lockdown.

“I was cat fished by someone who pretended to be two people who she was not and made me and the other guy fall in love with the people on the pictures she sent to us as Keisha and Shantel,” said Panashe.

“For the whole month of June the woman was faking that she was planning a birthday party and I was added in a WhatsApp group of seven participants.

“Shantel sent a photograph of herself to me and I admired her and this led me to charge US$20 to cover her sister Keisha’s party both video and photographs.

“I was instructed to put my main focus on Keisha and her fiancé Albert unaware that Albert was also a victim.

“After sensing that I was being used by Shantel and the party was ever being postponed I decided to inbox Albert and this is how we both came to realise that we have been fooled.

“One of my friends introduced me to this woman I never met but only communicated with through the phone.

“I used some money to cover her airtime and console her for losing her relatives that included her mother and sister but all these were lies.

“I later discovered that Albert was also a victim and is based in Kadoma but hey takaitiswa hazvitaurike,” said Panashe.

Albert, a human resources manager of a Kadoma company, told H-Metro that one of the days he was forced to wait by the road for Keisha who promised to pick him up to go see her ailing sister in Bulawayo.

“I received a message in my mobile phone from that woman before she sent another saying the first message was supposed to for her friend Grace,” said Albert.

“She communicated with me over the phone that I ended up attracted to her after seeing her photograph and that is how our love started.

“The love story was decorated with sorrows that saw the passing on of her mother, her sister and a friend and how she discovered her real biological father.

“In all these lies she wanted me to feel for her and I did whole-heartedly that I ended up giving her my sisters contact numbers and she had the audacity to speak to them and promised to take one of my sisters to UK.

“At times she would send some audios crying saying she can’t bear the thought of losing me when we had misunderstandings.

“One of the days I took an off day after she promised to drive me to Bulawayo where she said her friend was sick and I spent the better part of the day by the road waiting.

“She later said her drums of fuel were stolen that is why she could not make it.

“Whenever she communicated with me as Shantel she changed her voice but I later picked this.

“It is a long sad story my brother but the truth is that I was fooled and when it came out that it was all a joke I felt so robbed.

“On the other day Shantel phoned me claiming that Keisha had been poisoned.

“After Panashe approached me we shared our experiences with the woman we never met and discovered that we have been used by one woman who purported to be two women when she was one person using two contact numbers and two photographs to fool us,” said Albert.

H-Metro contacted Elizabeth, and she confirmed the story saying she has since apologised to the two and her fears were over the photographs of her cousins she used to seduce the two.

“Yes I did something bad but I asked for forgiveness and my intention was to make new friends only. You know girls wani we send pictures that are not ours just to get attention,” said Elizabeth claiming that Albert was her ex-boyfriend.

“My family is not involved in this sh** that is why I begged for forgiveness from the two and posting the photographs was bad that if my family got to know about this, it would be better for me to die,” she said claiming that she was in Marondera.

News Tshuma Rueben - 5 August 2021 0
HALF a million dollars worth of property was destroyed by fire on Tuesday when a couple at a house in Hillside in Bulawayo had...

MDC Alliance pushes Mwonzora who fired over 40 MPs and more than 80 councillors...

News Muza Mpofu - 5 August 2021 0
PRINCIPALS, who form the MDC Alliance, yesterday said they would demand the reinstatement of recalled MPs, senators and councillors as part of conditions for...