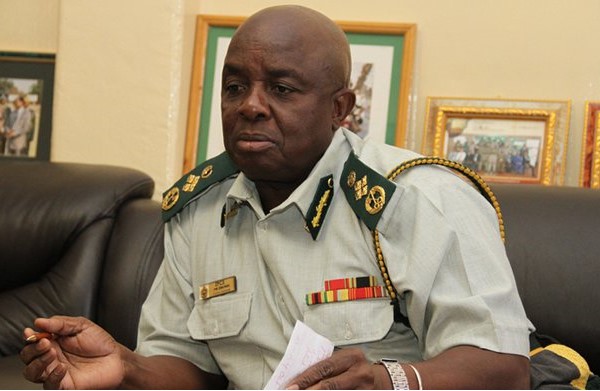 The 73-year-old former Major General in the army is being terminated on the recommendation of the Public Service Commission (PSC), sources said.

“The PSC wrote to President Emmerson Mnangagwa in June stating that Zimondi had reached the retirement age, and recommended his retirement. Mnangagwa approved and the PSC formalised the process,” a source familiar with the developments said.

“You put me in a difficult position. There are protocols to be followed. I’m sorry I can’t confirm that,” she said by phone.

Zimondi will go on three-month leave pending retirement from July 31, and will leave the position from November 1.

The retirement age in Zimbabwe is 65 years, but Zimondi was allowed by former President Robert Mugabe and Mnangagwa who replaced him following a military coup in 2017 to work past that age.

As one of the “service chiefs” – the country’s security top brass – Zimondi was a cog in a repressive security apparatus that is blamed for many atrocities since his appointment in 1997.

In 2008, he ordered prison officers to vote for Mugabe in elections against “sell-out” Morgan Tsvangirai, the late former opposition leader.

“I’m giving you an order to vote for the President Mugabe and do not be distracted,” Zimondi said, according to The Herald of February 29, 2008.