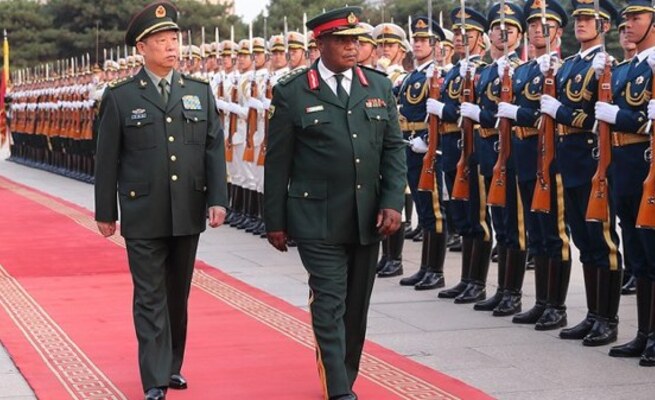 The 63-year-old has been battling poor health over the last 12 months, during which he underwent lengthy treatment in India, South Africa and China.

The former army commander was last seen in public on June 25 when he attended an event to commission a farm mechanisation scheme by John Deere at the Institute of Agricultural Engineering in Hatcliffe, Harare.

Chiwenga’s illness has never been publicly disclosed, and it is unclear how unwell he was when he left on his latest trip. On his last trip to China, in March, the spokesman for the presidency said he was going for a medical check-up.

Charamba’s phone rang unanswered on Tuesday and messages left on his phone had not been answered.

A government source revealed on Tuesday: “Chiwenga is in China for treatment. He has missed at least two Cabinet meetings.”

Chiwenga was conspicuously absent on July 6 when Mnangagwa met provincial ministers in Harare, and again on July 10 when the Zanu PF Politburo met at the party’s headquarters.

Since April, Chiwenga has been to every province in Zimbabwe, he said to assess the food situation in the country as the vice president in charge of ministries under the food and nutrition cluster.

On June 3, he toured Mwenezana estates in Mwenezi where Tongaat Hullet in partnership with Seedco to grow 460 ha of maize.

On June 12, he was joined by finance minister Mthuli Ncube for a tour of Lozani farm in Kwekwe where he met wheat farmers.

A day later, the vice president looked reasonably fit as he handed out food parcels to villagers in Binga before embarking on a tour of the Bulawayo kraal irrigation scheme.