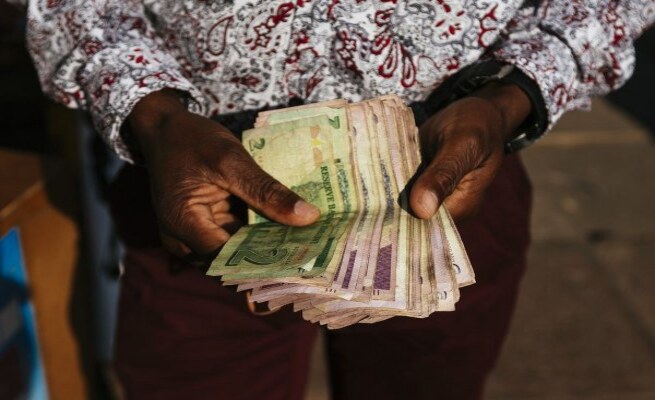 The Zimbabwe dollar crashed by a modest 4.6 percent to $68.88 from $65.80 in the fourth foreign currency auction yesterday with the range between the top bid and the lowest successful bid falling to $20 as bidders continue to make ever more accurate calculations over pricing.

This growing expertise in price discovery saw the top bid falling to $85, from the $100 in the first auction, $92 in the second and $90 last week. The lowest bid in yesterday’s auction was $40, but the lowest allotted bid was $64.20, with all bidders below that price missing out as higher bidders had exhausted the foreign currency on offer.

Successful bidders pay what they offer, so if they manage to bid below the weighted average and still miss the cut off they get a bargain and if they bid above their currency is more expensive, although their bid is guaranteed to be successful.

The small gap between the lowest allotted bid and the weighted average suggests that most bids were in an even tighter range than the top bid suggests, possibly something like $64.20 to $72.

The total number of successful bids amounted to 230, with another 59 rejected, because they were too low or because bidders had some fault in their bid.

The Reserve Bank of Zimbabwe disqualifies bids that are for goods and services not on the priority import lists, with category 1 imports sharing 70 percent of the available currency and category 2 imports sharing the other 30 percent.

Bidders also have to have cleared by deadline their CD1 export forms and their bills of entry from previous imports and will not be allowed to bid if they have sufficient cash in their foreign currency accounts to meet their desired import payments.

Increasing demand on the auction is seen as growing confidence in the system.

Economist and advisor to the Reserve Bank of Zimbabwe Eddie Cross, said although the auction managed to meet industry’s foreign currency requirements, banks are still not coming to the party.

“We are disappointed that banks did not come to the market, again. Foreign exchange supply should not be left to the RBZ. We know that banks are trading foreign currency and they should participate in the auction,” he said.

“In terms of today’s (yesterday) auction, we managed to meet all of industry’s requirements, and it’s having an impact. Already you can sense that prices are stabilising.”

The increasing shift of industry players to the auction system has dried out activity on the parallel market, which has also helped to contain inflationary pressures as firms no longer ‘forward price’ their goods and services according to a phantom rate.

Commenting on his Twitter handle, industrialist Busisa Moyo, said the foreign currency auction system should move towards a market-determined rate.

“The auction is still at infancy but needs to gradually move towards a market rate,” he said.

“A framework where demand for Zimbabwe dollars is high — taxes, duties paid in local dollars will create a desire to sell. This framework doesn’t exist at the moment, but it will come.”

In line with indications that at least 70 percent of foreign currency will be allocated to industry, the majority of the hard currency in yesterday’s auction went to raw materials, machinery and equipment. These segments accounted for US$8,63 million.

Prices of goods and services are expected stabilise in the short-term before declining in the medium to long-term, industrialists and economic analysts have said.

President Mnangagwa has noticed that price stability was now returning and few items have risen in price in the last three weeks with the first price reductions, albeit modest, now being seen.

“As Government, we envisage a situation where foreign currency resources and raw materials are improved for the productive sector as this will result in increased availability and affordability of goods as well as the creation of jobs,” said the President.

“We are quite happy with the current price stability on the market that has seen some prices of commodities such as bread being reduced,” he said.

Zimbabwe National Chamber of Commerce (ZNCC) chief executive officer, Mr Christopher Mugaga, said Zimbabweans must be patient but that prices would be tracking the auction rate as stocks were renewed.

“It’s too early to expect the foreign currency auction system to have a full impact within the economy (but) in the medium to long-term, from the fourth quarter of 2020 going forward, we might see the market responding to the auction,” he said.

Economist Mr Persistent Gwanyanya said stability has been restored in the market.

“The set-up has stabilised the current system in the country. It has also stabilised the prices in the market to the extent our currency was now under attack and inflation, which is largely linked to the exchange rate volatility, was also going out of hand,” said Mr Gwanyanya.

Already, the forex auction system has helped in rebuilding market confidence, improving access to foreign currency and helping stabilise the exchange rate while speculative activity on the black market could subside significantly.