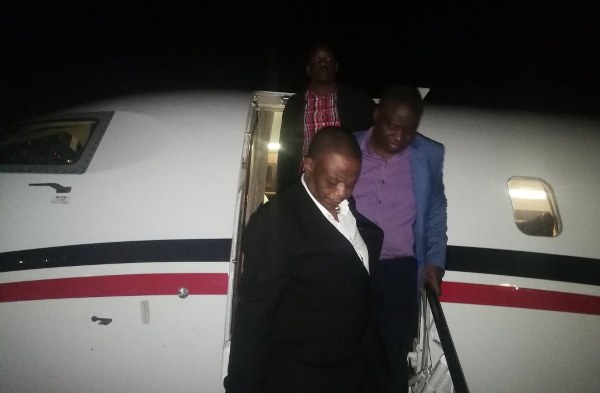 VICE-PRESIDENT Constantino Chiwenga was last week airlifted to China amid reports his troubling health had deteriorated, it has emerged.

The former army commander flew out of the country on a date not given, raising speculation over his whereabouts after skipping two Cabinet meetings and a Zanu PF politburo meeting, among other high-profile events.

Presidential spokesperson George Charamba yesterday confirmed that Chiwenga was in the Asian country and would be back “soon”, but could not give details.

“He went for his medical check-up. You are asking now when he is almost coming back,” Charamba said.

Chiwenga has left the country at a time nurses have grounded tools over measly salaries, allowances and poor working conditions, putting the whole health service in turmoil during the COVID-19 pandemic.

He oversees the health cluster.

Before his latest departure for China, Chiwenga had been busy visiting several farms across the country to assess the food situation as he is responsible for the food and nutrition cluster.

The former army general has been unwell for some time and last year, he spent close to four months in the Asian country under strict monitoring by the Chinese, Indian and South African medical experts.

He came back rejuvenated, despite leaving the country in bad shape which on many occasions triggered speculation over his death.

On his return, Chiwenga immediately plunged into a nasty divorce with his estranged wife, Marry Mubaiwa, accusing her of attempting to kill him while on a hospital bed in South Africa.

He was last seen in public on June 25, more than two weeks ago when he attended an event to commission a farm mechanisation scheme by John Deere at the Institute of Agricultural Engineering in Harare.

A day earlier, he appeared fit at the burial of national hero Stanley Nleya at the National Heroes’ Acre, where he took time chatting with Zanu PF secretary for administration Obert Mpofu and Defence minister Oppah Muchinguri.

It is not clear what the Vice-President is suffering from, but initially, his hands and Mubaiwa’s were swelling and he told hundreds of people gathered at his rural home soon after he led a coup against the late former President Robert Mugabe that the couple had been hit by a rare skin disease.

There was speculation last week that Chiwenga skipped key party and government meetings because of deep-rooted fights with Mnangagwa.

Government and Zanu PF have tried to downplay the factional infighting in the ruling party, which party insiders claim is real, despite public denials by top officials.

News Muza Mpofu - 13 June 2021 0
A gold dealer in Lower Gweru, Midlands province, died when suspected robbers sprayed eight bullets all over his body while his wife and children...
Loading...