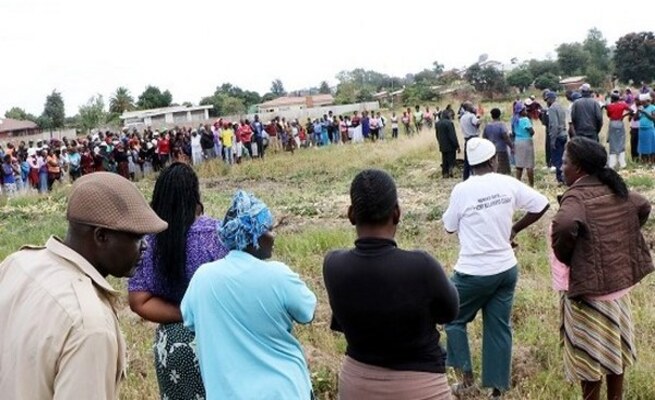 TWO worshippers stumbled upon a dead man as they went to their shrine for prayers in Cowdray Park suburb in Bulawayo on Saturday.

The incident happened at an area known as Siphaziphazi.

Bulawayo Police spokesperson Inspector Abednico Ncube said the deceased, whose identity is still being withheld as his next of kin are yet to be notified, was reported missing on Friday.

“We are dealing with a case in which two people found a dead body in a bushy area as they were going to their prayers in the area known as Siphaziphazi. The incident happened at around 2pm on Saturday July 11, 2020. As they went about their business, they noticed a body lying lifeless.

“The body was found about 30 metres from a car suspected to belong to the deceased, which was parked in the area. The deceased person had been reported missing the previous day. We are treating the case as murder and our forensics team is at work as strangulation marks were found on the deceased person’s neck,” said Insp Ncube.

He said the body had been taken to the united Bulawayo Hospitals for a post mortem.

“We call on members of the public to come forward with any information that could lead to the arrest of the murder suspects(s) who are still at large,” said Inspector Ncube.

“We also call on the public desist from crime. We cannot have two murders on neighbouring suburbs on the same day. We urge the public to report the criminals because they live amongst us. If there are people who have come from elsewhere, and they are suspicious, report them to the nearest police station. Of late we are having cases of people escaping from quarantine centres. Do not harbour them. some of them are criminals. Report them to the police and report families that are harbouring these criminals,” said Insp Ncube.

This murder case follows another murder reported in Luveve suburb which happened on the same day, of a man who was killed in his house by a quarantine centre escapee who had allegedly stolen his cellphone and groceries.

The victims were rushed to Gwanda hospital and one of the suspects was on the wanted list for armed robbery.