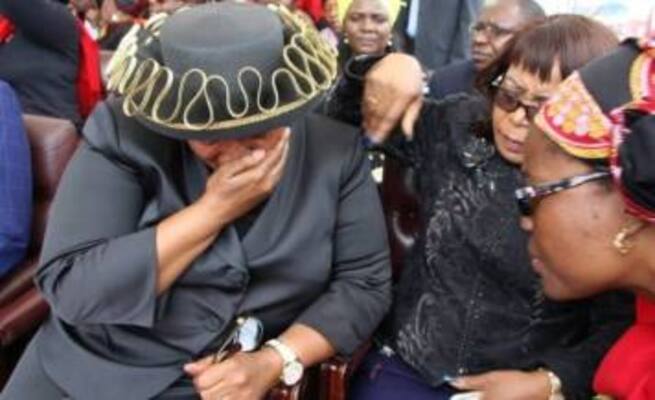 Police last week barred Khupe from holding the elective congress ordered by the Supreme Court in March citing the spike in COVID-19 local transmissions and lockdown regulations which prohibit gatherings of more than 50 people.

Mwonzora was set to challenge Khupe at the congress for the presidency.

“Mwonzora’s campaign has resorted to violence … people who are not aligned to his faction are being prevented from entering Harvest House. Khupe’s aides are being beaten up every time at Harvest House,” a source said.

“People like the chief of protocol Kudzanai Mashumba, senior member Fungai Masaiti, finance director Toddy Sithole now work from home after being prevented from entering Harvest House by youths who accused them of supporting Khupe. Some women contracted to clean the presidential wing at harvest house were also beaten up by Mwonzora’s people.”

But Mwonzora dismissed the reports and insisted he would stand for the position of president at the congress.

“The reports that I have turned violent in my campaign are false and malicious. They are being peddled by people who want to denigrate the young women and men who helped to secure Harvest House. We have not victimised anyone. There is no need for us to resort to uncouth means,” he said.

Khalipani Phugeni, the MDC-T acting deputy spokesperson, however, revealed that the party was investigating cases of violence against Khupe’s aides.

“What I know is that some aides of Dr Khupe have been prevented from entering Harvest House and, at times, they have been manhandled,” he said.

“So we have directed our chief of staff to investigate the issues of violence and present a report about that at our next standing committee meeting. That report has not come, but when it does, I will give additional comments.”