The Zimbabwe dollar continued on a downward trend after trading at an average of $80. 4663 down from an average of $76.76 at last week’s auction. at this week’s Reserve Bank of Zimbabwe (RBZ) foreign currency auction lost value against the United States dollar

In relation to demand and supply, the demand during the first week was 11 million and the central bank allotted $10 million whereas this Tuesday the demand stood at nearly $19 million while $14.4 million was allotted.

The trend shows that the rates are converging meaning there is no huge difference on the rates like before and where it is going now is that only those with huge funds will be able to get the forex.

Notably, there was a reduction in Raw Materials’ allocation and a huge jump almost tripling in Pharmaceuticals, a development that can be attributed to the surge in Coronavirus cases in the country lately. 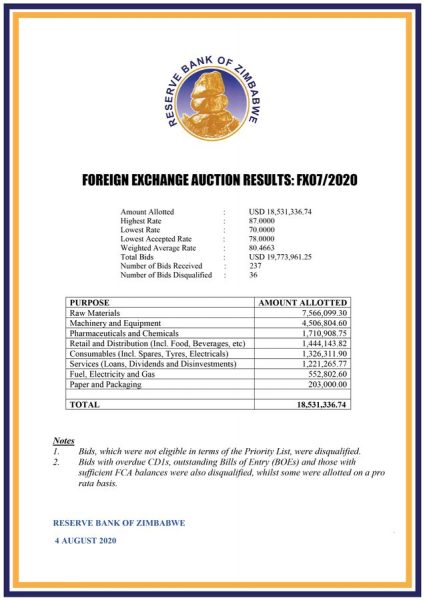