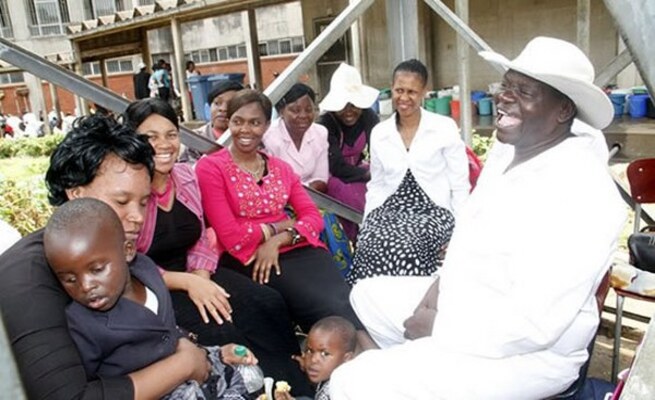 INCARCERATED Robert Martin Gumbura’s prison nightmare is now set to end in just five years after the High Court considered his appeal and proceeded to slash his sentence by half.

But he will now have to serve half of the years following a successful appeal against sentence.

The polygamous 64-year-old was initially slapped with a 50 year jail term, but will now have to serve just 20 years.

His lawyer, Lovemore Madhuku said Thursday he might have five years remaining considering the remission of sentence.

“In the magistrates’ court, he was given 50 years before 10 years were suspended conditionally.

“He has been in jail since 2014 meaning that he has already served part of the remaining sentence, also taking into account what it is called remission of sentence.

“You will find out that he is left with about five years,” said Madhuku.

The appeal was heard by Justices Charles Hungwe and Edith Mushore.

During the appeal hearing, prosecutor Editor Mavuto conceded that the sentence against Gumbura was too harsh considering his crimes.

He however said his prospects of success were very slim.

Mavuto said the reason why the State consented to the reduction of Gumbura’s prison term was because the regional magistrate erred in convicting him over a complainant who alleged she was rap_ed twice.

He said the State agreed that she was indeed rap_ed on the first encounter but failed to bring out the abuse on the second count.

The prosecutor said her testimony showed that she later gave in to the se_xual requests of the libidin0us cleric.

Gumbura is accused of rap_ing several female congregants and threatening to place them in the hands of the devil if they refused.

He is however facing another offence of attempted jail break with other six inmates.

He is represented by Madhuku and Tapson Dzvetero.