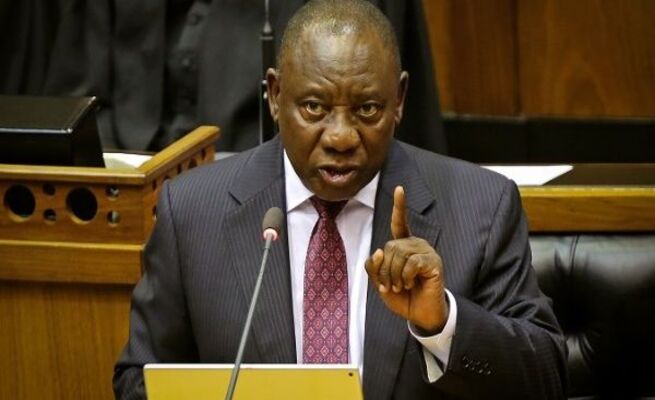 SOUTH African President Cyril Ramaphosa has voiced his concern over the deteriorating political and economic situation in Zimbabwe and has been in contact with President Emmerson Mnangagwa to voice his concern, a senior African National Congress official has said.

The ruling South African party secretary general, Ace Magashule, said the situation in Zimbabwe, particularly the brutality by state agents on innocent civilians was “uncalled for”.

“We have discussed the situation in Zimbabwe. We are going to have a special session to engage on Zimbabwe. We see what is happening and the President is interacting with the President of Zimbabwe, worried about what is taking place there and it will have a spill over to South Africa and so we will assist Zimbabweans to stabilise their country, their economy,” he said.

“We have a role to play as South Africa, as African Union and as a party, the African National Congress,” he said.

“We have talked to some people who are exiled, who have run away from Zimbabwe, we know their story, we heard them and that is why we are interacting party to party to raise the concerns they have actually raised about what is happening in Zimbabwe,” he said in apparent reference to dozens of former Ministers in the late former President Robert Mugabe’s government who fled to the neighbouring country.

On issues of brutality, Magashule said: “There is no one who condones that. We say black lives matter, lives of human beings matter and Zimbabwean lives matter of course and what we see on television there, we say it is uncalled for,” he said in apparent approval of the hashtag that has hit the world by storm and joined my celebrities, politicians and international human rights organisations.

There have been calls for the Zimbabwean crisis to be tabled before the SADC meeting to be held next week and hosted by Mozambique.

The 40th SADC Summit of Heads of State and Government will be held virtually.

Dozens of opposition activists and protesters against corruption have been harassed, arrested and beaten up while several others have fled their homes in fear of state agents.

News Tanya Mugabe - 2 August 2021 0
PRESIDENT Emmerson Mnangagwa's move to give luxury vehicles to members of the controversial Political Actors' Dialogue (Polad) is part of an elaborate plan to...
Loading...