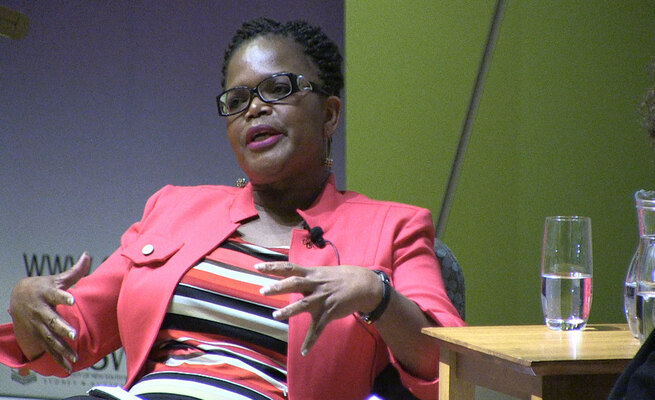 INCARCERATED journalist Hopewell Chin’ono’s lawyer Beatrice Mtetwa has said they fear he could be poisoned in jail as authorities put restrictions on delivery of food from outside.

Chin’ono, who was denied bail last week by High Court judge Justice Tawanda Chitapi, is now being treated like a maximum security prisoner, his lawyer said.

“I struggled to see Chin’ono and when I managed to see him, he was in leg irons and is being treated like a maximum security prisoner like the most dangerous prisoners,” Mtetwa said.

“He is not allowed food from outside even if they have special dietary requirements.

“They say the only food that can be allowed is dry food bought online and delivered at the prison.

Mtetwa said they were surprised that Chin’ono was not being allowed to have visitors except lawyers, who would not be permitted to discuss any other issues besides taking instructions from him only in connection with the case.

The last prisoner that experienced such type of treatment was the late former MDC MP Roy Bennett, even though he was allowed food from home.

Mtetwa said prison officers told them they were carrying out orders from above.

“They said they are following orders and that deepens the story,” the veteran lawyer said.

“You don’t just take a prisoner, who is presumed innocent and put them in leg irons and handcuffs and take them to Chikurubi Maximum unless you are up to something.”

Chin’ono was arrested last month alongside Transform Zimbabwe leader Jacob Ngarivhume and the two are accused of inciting violence ahead of the planned July 31 demonstrations that passed off peacefully.

News Muza Mpofu - 21 January 2021 0
TWO soldiers reportedly went berserk on Monday and assaulted a police officer who was leading a team that was enforcing lockdown restriction measures in...
Loading...