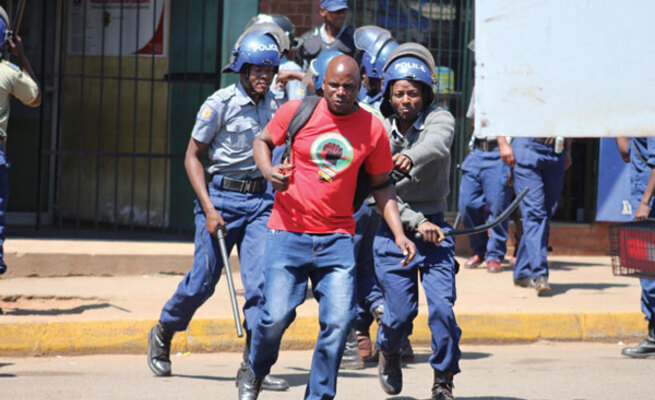 The Communist Party of Swaziland (CPS) has thrown its support behind the Zimbabwean workers who are trying hard to make ends meet during a time when the Zimbabwe Dollar is losing value every week.

The party said the claims by the Zimbabwean government that call for better pay by workers were influenced by dark forces is symptomatic of how authoritarian regimes behave.

The party added that it stood in support of the call made by the Zimbabwe Communist Party for an honest and countrywide inclusive discussion on the Zimbabwean economy.

Read their statement below:

The Communist Party of Swaziland supports the struggles of the working class of Zimbabwe and calls for international working class unity for the total liberation of the African working class. The Zimbabwean working class is engaged in a just struggle for freedoms of speech, association and movement as well as the rights for genuine national sovereignty and self-determination.

The CPS supports the call for the building of People’s Power in Zimbabwean communities made by the Zimbabwe Communist Party (ZCP) and all the progressive forces of that country.

The CPS rejects the counterrevolutionary claims made by some forces – in the continent and beyond – that any criticism of African leaders automatically amounts to “unAfrican” support for foreign forces, particularly European and American superpowers. For decades, the people of Swaziland have faced similar vitriol from the puppet of imperialism, the absolute monarchy. Spurious claims that the oppressed people are being “unSwazi” – often preceded or followed by arbitrary detention and torture – whenever they express themselves on the way the country is run, are continuously made by the autocracy. The looters of public funds, as in some other African states, present themselves as true Africans while they subject the rest of the population to destitution. The CPS thus supports the ZCP’s call for an honest and countrywide inclusive discussion on the Zimbabwean economy.

The CPS will continue to support all African revolutionary movements which continue to fight for the true liberation of African people, for the end of the oppression and exploitation of one by another. This contribution includes efforts at strengthening the African Left Networking Forum and other regional and continental progressive forces