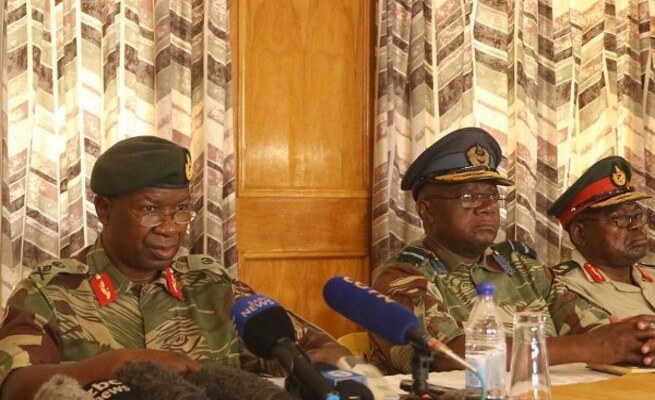 COMMANDER Zimbabwe Defence Forces, General Philip Valerio Sibanda says Zimbabweans should guard against being misled by divisive elements who use social media to peddle lies about the country’s security sector.

He was speaking in an interview with ZBC News ahead of this Tuesday’s commemorations to mark Defence Forces Day.

President Emmerson Mnangagwa, who is the Commander-in-Chief of the Defence Forces, will today lead the nation in celebrating the Defence Forces Day, a day set aside to pay tribute to the country’s security forces.

The celebrations of the Defence Forces come a day after the country celebrated the National Heroes Day, in a virtual ceremony in response to the Covid-19 lockdown limiting public gatherings.

“We are forever grateful to our security service sector, which continues to protect our independence, sovereignty and territorial integrity,” he said.

Usually, thousands throng the National Sports Stadium on this day, but because of the Covid-19 pandemic, this year celebrations will be different after authorities took preventative measures to curb the spread of the pandemic that has killed more than 100 people in Zimbabwe.

In an interview to mark the day, Commander Defence Forces General Philip Valerio Sibanda said the commemorations gave the nation an opportunity to reflect on the historical formation of the ZDF.

“The day is important because the commemorations give the nation an opportunity to reflect on the historical formation of the Zimbabwe Defence Forces in 1980.

“The ZDF were formed from the formerly warring forces of ZANLA and ZIPRA on one hand and the Rhodesian forces on the other.

“It is pleasing to note that the Zimbabwe Defence Forces has since its formation transformed into a formidable, loyal and disciplined force.

“The country should take this opportunity to pay tribute to members of the Zimbabwe Defence Forces.

These are men and women who have dedicated their lives to safeguard the country’s independence, sovereignty and territorial integrity. The celebrations are also a statement of intent that members of the ZDF are ready to pay the supreme sacrifice in defence of the country,” he said.

The Zimbabwe Defence Forces plays a key role not only in protecting the country’s territorial integrity and the upholding of peace, but also carries various community programmes across the country as part of its civil relations with the people.

In 2019 and 2020, the ZDF carried out community programmes, which included the construction of classrooms blocks, teachers’ accommodation and also intervened in communities that were hit by the Cyclone Idai disaster.