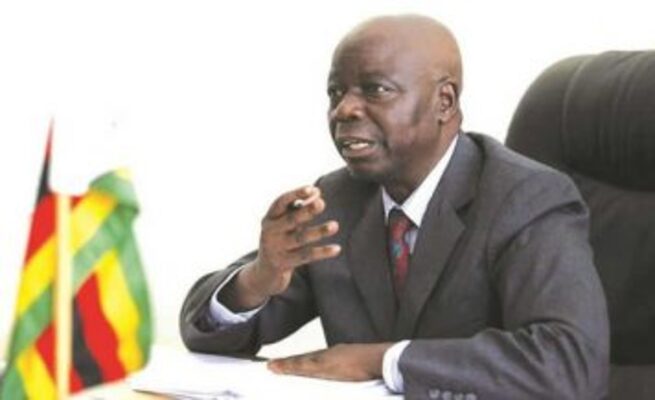 Zanu PF leaders are behaving as if they hold title deeds to a country called Zimbabwe and have in the process become some of the world’s most notorious abusers of human rights, veteran politician Dzikamai Mavhaire has said.

Addressing hundreds of mourners gathered at the burial of MDC founder member, Crispa Musoni in Nyazvidzi, Gutu on Sunday, Mavhaire said most Zanu PF leaders making noise about the liberation struggle were nowhere near the war and identified Deputy Minister of Public Service, Labour and Social Welfare, Senator Lovemore Matuke as a culprit.

Matuke is also Zanu PF secretary for security in the politburo.

“They behave like they hold title deeds to the country and in the process they choose who to give welfare food and who not to give food. There is no one with a title deed to Zimbabwe. They label those who disagree with them as sellouts.

“Musoni who lies in that coffin was there before most of us. He brought food to Nkomo, Mugabe, Zvobgo, myself and many other politicians when we were in prison and he worked for the Red Cross. Therein lies a great unsung hero of both the liberation war and the democratic struggle of Zimbabwe.

“If you see your hero status being determined by a caucus of a few pretenders then you must know that there is something terribly wrong about it. God knows his heroes,” said Mavhaire to applause from the mourners.

Mavhaire said Zimbabweans are being cowards for allowing Zanu PF to refuse deserving people food aid. He said there is no Zanu PF politician who can claim that food aid is coming from his or her mother’s granary.

“Chikafu ichi hachibvi mudura ramai nhingi. The food aid distributed by Government comes from the tax payers’ money. It is your money and why should anyone refuse you food bought by your own money. Youth, where are you when all this is happening?

“As Zimbabweans we are being cowards for allowing this to happen,” said Mavhaire.

Musoni who was one of the founder members of the MDC in 1999 died at a private surgery at Nyika Growth Point in Bikita at 6pm on Friday. He was buried at his farm where MDC supporters from both Nelson Chamisa’s MDC Alliance and Khupe’s MDC T turned up in large numbers.

Musoni’s nephew and war veteran Kudakwashe Mubika fought hard to stop MDC from participating at the funeral but this was in vain as the vociferous party faithfuls would have none of that.