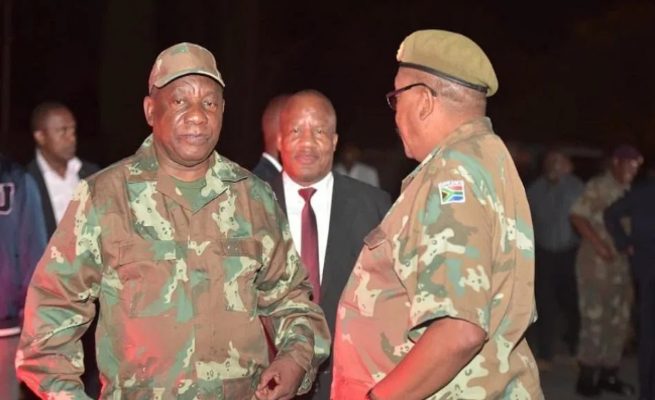 THE political and economic crisis in Zimbabwe is seriously affecting South Africa and the neighbouring country is ready to assist in solving the challenges facing the former British colony, South African International Relations Minister Naledi Pandor has said.

However, President Emmerson Mnangagwa’s administration has insisted there were no problems in Zimbabwe that required external intervention despite visible signs the economy was crumbling amid sheer disregard for the rule of law by the State.

But, Pandor Friday said although South Africa respected the sovereignty of Zimbabwe, the reality of the crisis in the neighbouring country was being exhibited at the border posts where thousands of Zimbabweans were trying to cross into South Africa mainly for economic reasons.

“We all know that Zimbabwe has various economic challenges and that their current situation impacts on South Africa because many Zimbabweans come to seek a livelihood in South Africa,” Pandor told Radio 786 Friday

“We have to work with Zimbabwe in order to address that economic situation and find a way of helping to reverse the current situation so that the citizens of Zimbabwe can happily return to their country.”

Pandor strongly disagreed with Zimbabwe’s Information Minister Monica Mutsvangwa who Thursday issued a statement denying there was a crisis in Zimbabwe.

“All said, there is no crisis in Zimbabwe which needs external intervention under established international treaties and conventions,” Mutsvangwa said early this week.

However, Pandor insisted “There’s a political problem, it’s undeniable, it’s there and the people of Zimbabwe have to find a solution to it. We as South Africa are ready to assist”.

“We sent envoys there because there has been a huge concern about reports of abuse of human rights, imprisonment of opposition MPs, and many other concerns which have been directed at the presidency and my department,” she said.

“We agreed the President would appoint three envoys and they would visit Zimbabwe and we asked that they meet the president of Zimbabwe but also meet other stakeholders in the opposition, NGOs, and so on.

“Unfortunately, they could not meet the other stakeholders but Zimbabwe has indicated their readiness to facilitate such a visit and we are in discussions with the President about the envoys returning to Zimbabwe to have a wider range of meetings than they were able to have at this first contact.

“So, we are not distressed that the full expectation was not met in this first visit. This is something we must continue to work at. As I said, the situation of Zimbabwe impacts on South Africa and so we have to continue meeting with, talking to (the Zimbabweans) and attempting to resolve the problems there in order to address our own situation and focus on the challenges of South Africa.

“We of course respect the sovereignty of Zimbabwe, it’s very important, but there is a reality, go to our border posts and see how many Zimbabweans wish to come to South Africa and mainly for economic reasons.

“So, it is in South Africa’s interests, given our current economic situation that we do continue to have discussions, keep a very dynamic link with Zimbabwe and assure their government that we are not seeking to interfere in their internal matters but we would like to work with them to find a solution that works with their current context.

“If they feel we cannot help, we will hear that from them but my understanding is that the discussions (with the envoys) were cordial and indeed that the desire of President Ramaphosa that there be meetings with individuals and organisations other than the government, this was communicated by the envoys.”