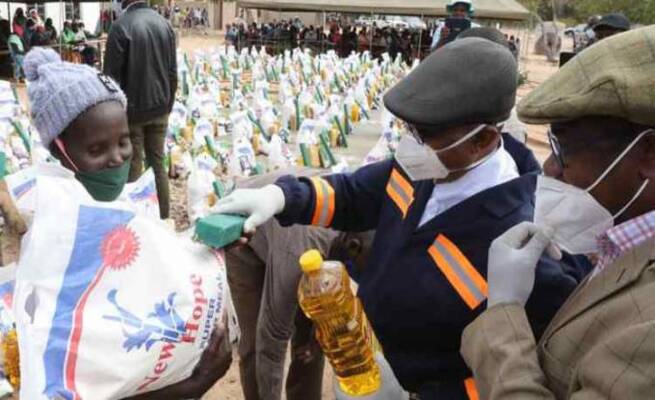 Kanyemba, identified as one of the areas for the major expansion of irrigated farming on virg_in land, needs the Ministry of Lands, Agriculture, Water, Climate and Rural Resettlement to expedite finalisation of tenders for solar plant and irrigation equipment supply and installation, hard-working Vice President Constantino Chiwenga said yesterday.

A team of surveyors was expected to physically inspect the land by the end of the month with Kanyemba able to use the Zambezi River for irrigation water, thus avoiding the need for dams.

Private sector investment is, however, needed to accelerate development beyond the 200ha a year, being funded by the Government.

VP Chiwenga, on a visit to Kanyemba Friday, said the Government is looking for potential investors to fully develop irrigation in the area.

He urged the community to professionally venture into viable projects like fishing and crocodile farming to satisfy local and international markets.

“The Ministry of Lands, Agriculture, Water Climate and Rural Resettlement developed an agriculture recovery plan, which is an extract of the agriculture and food system transformation strategy. The strategy is meant to unlock over US$8 billion of gross agriculture production value by 2030,” VP Chiwenga said.

Part of the major irrigation development is meant to make Zimbabwe self-sufficient, or even an exporter, in maize, wheat and soya bean.

“The recovery plan is premised on the speedy application of smart agriculture, focusing on sustainable irrigation development programmes, inter and intra department capacity building, particularly in the department of irrigation.”

“This will include a quick fix and full kit approach. Quick fix involves the rehabilitation of non-functional irrigation while full kit involves establishment of new irrigation infrastructure, capitalising on the numerous water bodies the country is endowed with,” he said.

“The ministry is rolling out a number of irrigation development projects including the Kanyemba Irrigation Scheme. This will result in an increase in the area under functional irrigation facilities to at least 370 000 hectares by 2030.

On a small scale basis, Chimata garden project, a one-hectare project using solar power to pump water, along the flood plains of Mwazamutanda River is the current irrigation activity in Kanyemba.

Once put under irrigation, Kanyemba is suitable for the production of cash crops like sugar cane, soya bean, oranges, mangoes and horticulture, he said.

“Under the 200 hectare per year initiative the two tenders awarded for solar plant and scheme offices and irrigation equipment supply and installation are still to be finalised,” he said. “May these tenders be expedited as a matter of urgency and for the national good.

“Modernisation in agriculture does not just entail sophistication of the infrastructure being used, but the simplicity and clarity of the management tools,” he said.

“It is imperative that beneficiaries of agriculture projects are empowered with sustainable modern day technologies and management skills.

“The sustainability of irrigation schemes is only achieved when farmers begin to appreciate and contribute towards capital investments and also minimise operating and maintenance costs.

“There is a synergy and symbiotic relationship between farmer training and equipment use if production and productivity is to be achieved.”

He toured Chapoto Clinic, which is being upgraded to a district hospital. The Vice President donated 500 bags of cement to the clinic.

He later met the Chapoto community and gave 50 cellphones to Chief Chapoto and his village heads.

The phones are meant to enhance communication in the area which is prone to human-wildlife conflict. A total of 75 vulnerable members of the community were given food hampers and 11 beehives for their bee project.

He then left for Chitemamuswe Primary School in Muzarabani, which the Vice President is supporting to become a model school.