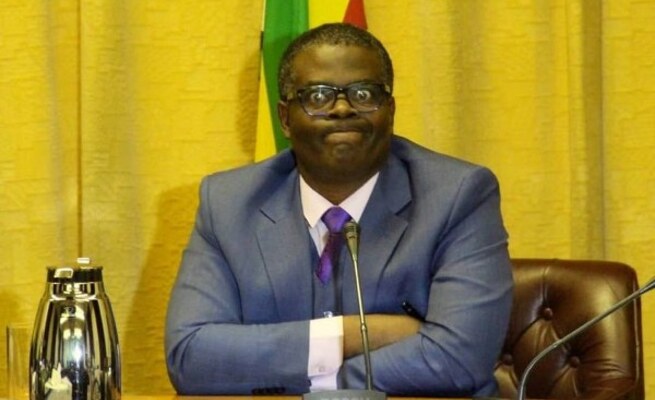 FORMER Energy Minister Fortune Chasi has dismissed as dishonest claims by exiled politician Jonathan Moyo that he was fired from the government for blocking a US$1.2 billion investment into the oil sector.

Chasi was relieved of his duties by President Emmerson Mnangagwa Friday on allegations he had exhibited conduct inconsistent with the president’s expectations and unspecified acts of misconduct.

Chasi’s sacking led to a lot of speculation in what necessitated Mnangagwa’s decision to dismiss him.

However, Moyo, an exiled former Zanu PF Politburo member and cabinet minister, in a series of tweets Saturday night, claimed he had uncovered that Chasi was fired because he frustrated a US$1.2 billion loan deal between SOTIC International, a company he said linked to fuel mogul Kuda Tagwirei for the supply of 135 million litres of fuel through the Beira-Harare pipeline to the State-owned National Oil Infrastructure Company of Zimbabwe (NOIC).

NOIC is a government entity that transport, stores, and blends petroleum products in Zimbabwe.

“Without having been briefed on the SOTIC agreement, and thus unaware of its architects, Chasi got the deal investigated. Chasi’s investigation found that the deal was comprehensively and shockingly detrimental to the on every score,” Moyo tweeted.

However, in a statement Sunday responding to the tweet, Chasi denied knowledge on any such deal and said he never caused an investigation.

“I have seen a set of tweets by Jonathan Moyo suggesting that I caused an investigation into what he calls the SOTIC deal. I have no knowledge of this deal nor did I cause the alleged investigation. I am not sure what the source of the investigation is nor the motive,” Chasi said.

“In my entire tenure at the ministry, I never caused any investigation or enquiry into anything at NOIC. I had no issues at that level,” he added.

He also denied some media reports suggesting he was fired because of his political ambitions.

“I must make it very very clear that I don’t harbour any bitterness regarding my current position. I accept the decision to relieve me of my position as that is the President’s prerogative. I remain committed to serve in any capacity whatsoever.

“Meanwhile, I shall revert to being a backbencher and continue to work in the constituency and party (Zanu PF),” Chasi said.

He is the MP for Mazowe South.