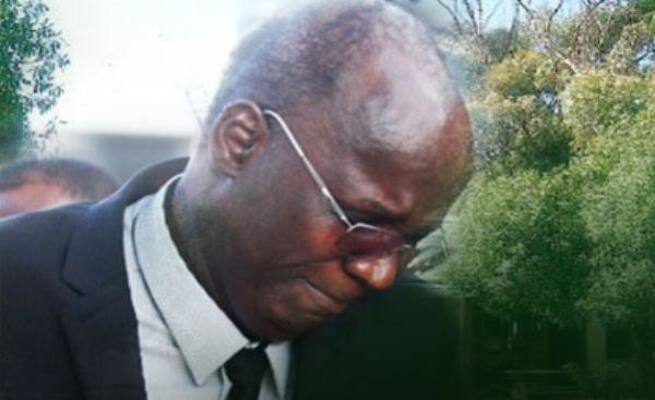 THE Government has dismissed as false and misleading, claims by exiled former Cabinet Minister, Professor Jonathan Moyo, that Mr Fortune Chasi was fired from his position as Energy and Power Development Minister on Friday after launching an investigation into a US$1,2 billion loan allegedly advanced to the National Oil and Infrastructure Company (NOIC) by a foreign company, Sotic International.

Ministry of Finance and Economic Development Permanent Secretary Mr George Guvamatanga yesterday clarified that the alleged deal was never signed and described Prof Moyo’s claim on his Twitter handle, as “a very poor attempt to sensationalise a proposal that never saw the light of day”.

Prof Moyo had alleged that NOIC was forced to mortgage its assets, including the national oil pipeline, to secure the loan.

“The information is false. The deal never went through. The value of the pipeline is US$300 million and Sotic could only lend money that it would have raised from its bankers, unless it had free cash flows.

“Which bank would lend you $1,2 billion against security of an asset worth $300 million?

“One of the critical tenets of lending is the purpose of the loan and the source of repayment.

“An international lender would not conduct adequate due diligence and lend a country $1,2 billion which will then be fraudulently diverted,” said Mr Guvamatanga.

Loans to Government are guided by the Public Debt Management Act and any Government borrowing goes through a Debt Management Committee chaired by the Secretary for Finance with the Reserve Bank Governor and the Attorney-General being the other members of the committee.

“It is not possible to record the loan if the loan proceeds have not been received and just like in the banks, there is also a process of front office, middle office and back office in the Public Debt Management Office,” said Mr Guvamatanga.

The system was foolproof and one could not just end up with a loan where the proceeds were never received and captured in the system.

Mr Chasi himself denied that he ever commissioned an investigation into the alleged Sotic deal.

“I have seen a set of tweets (by) Jonathan Moyo suggesting that I caused an investigation into what he calls the SOTIC deal. I have no knowledge of this deal nor did I cause the alleged investigation.

“In my entire tenure at the Ministry, I never caused any investigation or enquiry into anything at NOIC. I had no issues at that level.

“I must make it very very clear that I don’t habour any bitterness regarding my current position. I accept the decision to relieve me of my position as that is the President’s prerogative,” Mr Chasi wrote on his Twitter handle.