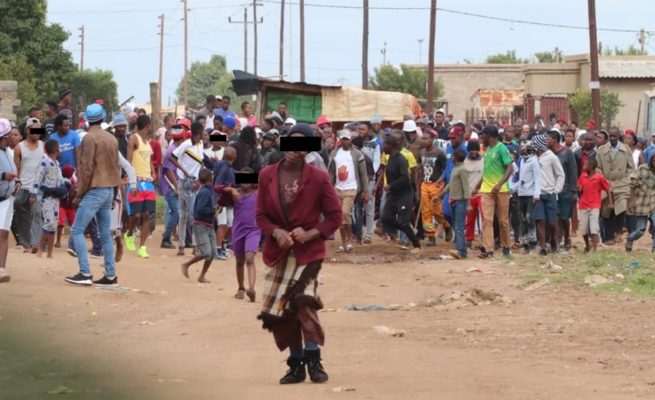 The next day residents of Prospect Village in Ga-Matlala, Limpopo, accused Phuti Nkoana (18) of the crime, assaulted him to death and burned his body.

The villagers became suspicious that Phuti had killed the 67-year-old gogo after he showed his friend a lot of money and asked him to go to town with him for a shopping spree.

Police said after the gogo’s body was found an inquest docket was opened, but it was changed to a murder case when further investigations showed she might have been strangled.

When the SunTeam visited the gogo’s family yesterday after her burial, no one would comment.

The family of the teenager who was beaten to death also refused to speak, saying they feared it would lead to a backlash as they were already scared of the angry villagers.

Limpopo police spokesman Motlafela Mojapelo said he was disappointed that instead of working with the police, residents took the law into their own hands.

“As police investigations into two cases of murder are under way, we’re calling on anyone with information that could lead to the arrests of the suspects to contact Detective Warrant Officer Lesiba Fran Rankapole on 082 414?3314 or the nearest police station,” Mojapelo told the People’s Paper.