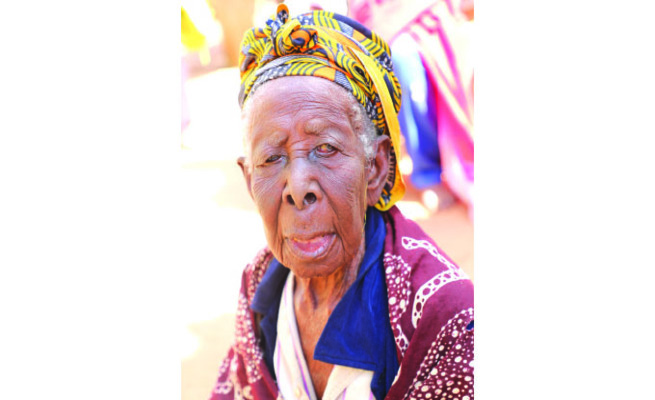 A NYANGA centenarian who recently confessed to bewitching and killing more than 10 family members in a decade died a fortnight ago.

Scores of people gathered in Saunyama Village to lay Gogo Celepra Nyakwangwa to rest at the family’s cemetery.

Gogo Nyakwangwa, who was believed to be around 115 years old, developed some blisters as her health deteriorated during her last days.

About two months ago in a story widely covered by the Weekender, Gogo Nyakwangwa agreed to surrender her witchcraft paraphernalia which had caused untold suffering to the Nyakwanga clan.

She had confessed that she had been killing her family members as vengeance for the livestock that was taken away from her by her siblings more than five decades ago.

Her death, according to her nephew, left some villagers and her relatives relieved as they believed Gogo Nyakwangwa was behind their misfortunes.

Langton Nyakwangwa, one of Gogo Nyakwangwa’s nephews said, “In Shona, we say wafa wanaka (do not speak ill of the dead). But as we are mourning Gogo, we believe her death will bring closure to our misfortunes. She caused untold suffering to us.

“Soon after she surrendered her paraphernalia, we started seeing changes in our lives. While we are emotional, her death has brought light to the Nyakwangwa family.

“I was accused of being a wizard and killing several family members before Gogo Nyakwangwa confessed that she was the one behind it all. I feel very relieved.

Gogo Nyakwangwa had demanded four cattle as compensation for her seized livestock. However, she passed away before the Nyakwangwas could deliver them to her.

“Before she died, she told the person who should receive those beasts. We are in the process of delivering them,” said Langton.