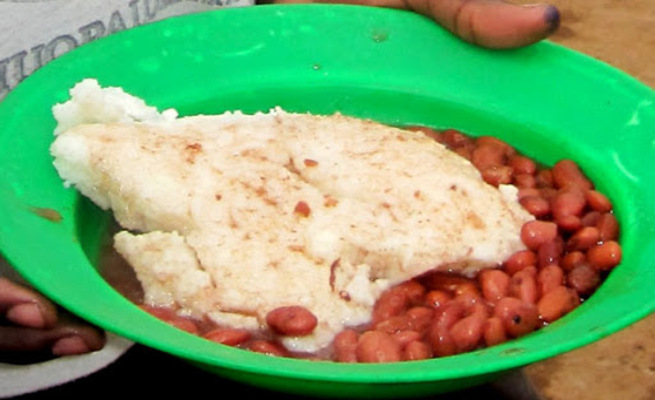 IN a bizarre incident a 63-year-old granny’s home in Maloba line, Sipepa area in Matabeleland North’s Tsholotsho district was mysteriously gutted by fire after she saw mealie-meal being poured from a container by invisible beings suspected to be goblins.

Fielder Gwazaza woke up to find her bedroom hut sprinkled with water leading her to report the matter to village head Solomon Gumpo.

A villager who declined to be named narrated the strange happenings to B-Metro.

“The water which was mixed with some concoction was sprinkled on the floor. Shockingly all this happened when Gwazaza was sleeping with her two grandchildren aged five and nine years and they never heard anything,” said a villager.

The unseen beings went a gear up in terrorising Gwazaza.

The villager said on 30 July Gwazaza woke up to find sadza and cooked beans on the floor.

“She had not cooked sadza the previous night and she had no beans in her homestead but she got the shock of her life when she woke up to find a plate full of sadza and beans placed on the floor. Again she informed the village head,” said the source.

When she thought she had seen it all a mysterious fire erupted from the air while she was sitting under the shade and razed her kitchen hut.

“On 1 August at around 9am while she was sitting under a tree shade a mysterious fire erupted from the air and burnt down the kitchen hut.

“She reported the matter to Gumpo who came and attended the scene,” said the source.

On the same day in the evening, the source said, the strange fire appeared at her homestead and burnt down her bedroom hut.

“The mysterious fire left a trail of destruction at her homestead as it burnt her wardrobe, bed and other property in her bedroom and all the clothes went up in smoke. On the following day she made a report at Sipepa Police Station,” said the source.

The source went on to say on 10 August while Gwazaza was sitting under a shade she saw mealie-meal being poured on the ground.

“It was a strange incident as she saw mealie-meal being poured from a container by invisible beings. In fear she again reported the matter to the village head,” said the source.

Gumpo confirmed the bizarre incident: “Villagers are shocked and equally surprised about what happened at Gwazaza’s homestead. Villagers asked us as the local leadership to engage a traditional healer to exorcise the homestead and we are in the process of doing that so as to help the family.”

Matabeleland North police spokesperson Chief Inspector Siphiwe Makonese said: “I can confirm that we received a report stating that strange things happened at Gwazaza’s homestead. Now the matter is being handled by the local leadership.”