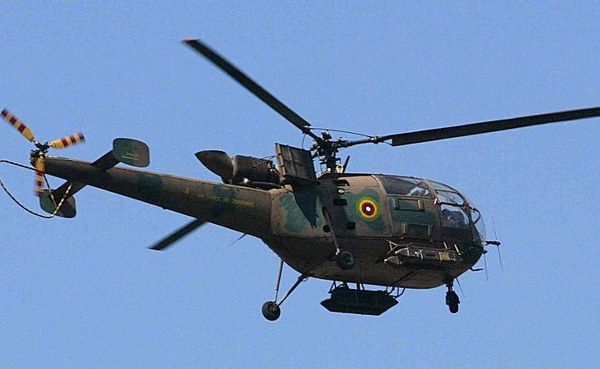 A MILITARY helicopter carrying Vice-President Kembo Mohadi was yesterday forced to abort landing at the Josiah Tungamirai Airbase, formerly Thornhill in Gweru and return to Harare under unclear circumstances.

Mohadi was supposed to officiate at the handover ceremony of a 30-bed COVID-19 isolation wing at Gweru General Hospital that was refurbished at a cost of R15 million by platinum miner, Unki.

The VP was reportedly in the company of Local Government minister July Moyo in the helicopter and was also supposed to officiate at the handover of water pumps bought by government for the Gweru City Council’s Gwenhoro Dam.

Today, Mohadi was supposed to commission the Nyamatikiti Bridge in Mvuma. All programmes were immediately cancelled after the helicopter turned back to Harare under unclear circumstances.

The helicopter arrived at the Josiah Tungamirai Airbase at around 9am, made rounds in the air and turned back to Harare. State Security minister Owen Ncube and Midlands Provincial Affairs minister Larry Mavima as well as Zanu PF Midlands provincial executive were already at the airbase.

Some officials immediately claimed the helicopter failed to land because of bad weather, and would return back in an hour.

An hour passed and Ncube and Mavima left with other guests in tow, while those waiting at the Gweru General Hospital were also told to disperse and wait for another day when Mohadi would be able to come back.

This triggered speculation about the failed landing.

A source at the Gweru Air Force said: “Some pilots I spoke to and military aviation officers told me that the official reason for the chopper’s failure to land in Gweru was bad weather.

“But you never know with the fights happening in our political space and inside Zanu PF itself. It’s rare that a VVIP chopper fails to land at a military camp.”

Another source claimed it was rare for a helicopter to abort landing due to “this prevailing weather, I think there is another reason”.

According to the source, it was foggy but not enough to cause the aborted landing.

Information minister Monica Mutsvangwa told NewsDay that she did not have information about the incident.

“Sorry, I haven’t got any information on what you are asking,” she said.

Mavima said he was in a meeting. “I can’t talk,” he curtly said.

Fabian Mashingaidze, the Gweru Provincial Hospital medical superintendent confirmed that the event at the institution where Mohadi was supposed to oversee had been cancelled at the last minute.

“We will most probably have the event on Thursday next week. You can call Minister Larry Mavima on why it did not take place today. I am not the best person to talk about that,” he said.