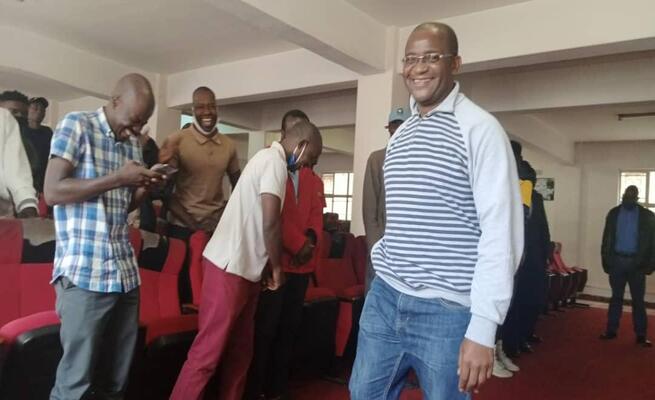 MDC-T secretary general Douglas Mwonzora has all but endorsed President Emmerson Mnangagwa’s Political Actors Dialogue (POLAD) although calling for the broadening of the forum to include civil society, churches and other interest groups in the country.

POLAD has been described in various quarters as an inconsequential political grouping of lightweights with no grassroots support.

The grouping, that has been snubbed by the main opposition MDC Alliance, has also been described as a desperate attempt by Mnangagwa to hoodwink the world into the belief he was engaging opponents in attempts to remedy a multi-faceted national crisis.

However, speaking in a virtual interview which touched on many aspects of the country, Mwonzora feels the opening up of the dialogue process to a broader interest base was best to provide everlasting solutions to the troubled country.

“The problem with POLAD is that it is limited to political actors as if the crisis affects them alone,” he said.

“I think we could do better by widening that forum of dialogue to include churches, civil society, labour and business.

“If we include all those people, there is no danger of process generating or culminating into an elite pact.”

Mwonzora said the initiative was insufficient to cover the interests of all Zimbabweans.

He added, “The MDC right now is making a proposal on how to have meaningful dialogue in Zimbabwe, dialogue that is going to have everlasting solutions to the Zimbabwe crisis, that’s our guiding principle.

“We are for dialogue and that dialogue must lead to everlasting solutions to the problems bedevilling Zimbabwe, that is rally number one.

“Rally number two, in approaching dialogue, we must be guided on what is in the best interest for Zimbabwean people, that is why we are welcoming the initiative by the South African President (Ramaphosa) to appoint an envoy to fact find on what is happening in Zimbabwe. That is a noble initiative by a neighbour.”

Until recently, interim MDC-T leader Thokozani Khupe and her now defunct smaller MDC-T outfit have been an active member of POLAD.

But since a Supreme Court ruling elevated her to be leader of the bigger MDC-T, the opposition leader has not been attending meetings of the grouping.