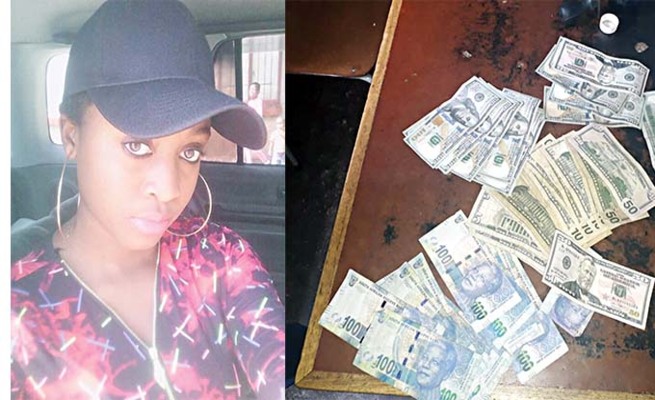 POLICE in Bulawayo have smashed what appears to have been a well-orchestrated fake foreign currency manufacturing racket, arresting a teenage girl and her boyfriend who were allegedly printing the counterfeit money.

Police expect to make more arrests as they say the syndicate could involve more people.

During a raid at a house where the couple stayed in North End, police recovered an assortment of fake high denominations of US dollars and South African Rand stashed under a mattress.

Police suspect that several unsuspecting people could have fallen prey to the fraudsters.

One of suspects, Chantelle Sibalwa (18) was arrested while trying to use a fake US$100 bill to buy a box of chicken at a local food outlet.

She led investigators to her boyfriend, Onesmus Zimunya (33)’s house where

US$2 265 and R1 700 in fake money, an HP Diskjet printer, bond paper, rulers and razor blades allegedly used in the commission of the crime were recovered. It is suspected the fraudsters could have been changing the fake money for real currency by buying stuff and getting change.

Cashiers at a leading supermarket last week reportedly told their superiors they had turned away a number of people who were trying to buy groceries with money they suspected was fake.

“I can confirm that we received and are investigating a case involving fake currency where equipment used to manufacture fake money was recovered. As police we suspect this could be a syndicate involving others and we expect to make more arrests as we continue with our investigations,” he said.

“We urge people to be extra careful and particularly when dealing with foreign currency. Illegal money changers are likely to be markets for such fake currency and those found dealing in illicit activities will face the full wrath of the law.” Chantelle and Zimunya are set to reappear in court tomorrow facing charges of possession of articles for criminal use. They made their initial court appearance on Friday and were remanded to tomorrow pending trial. They were released on $1 000 bail each.

Sources said Chantelle was arrested on Thursday last week after walking into a Chicken Inn outlet in the city centre and produced a fake US$100 note intending to buy a box of two piecer chicken.

“She entered the shop just like any other customer and ordered a box of two-piecer at Chicken Inn using a US$100 note, serial number KB74984746B. Upon payment, an alert cashier noticed that the money was fake and she immediately notified her shift manager,” said the sources.

A report was made to the police leading to Chantelle’s arrest.

“Upon being quizzed by police, Chantelle initially gave incoherent responses as she kept on changing her story before she eventually revealed that her boyfriend was involved in the scam of manufacturing counterfeit notes,” said sources.

She revealed to the police that her boyfriend had more fake notes at his place of residence including the machine used to manufacture the counterfeit notes.

Chantelle was taken to Bulawayo Police Station where detectives were assigned to conduct further investigations.

The girl accompanied the detectives to Zimunya’s house where they recovered US$1 200 comprising fake US$100 notes, four fake US$50 notes, 11 counterfeit US$10 notes, 13 fake US$5 banknotes and 17 fake R100 notes hidden under a mattress.

Last month, an illegal money changer in Bulawayo was duped of R23 000 by another illegal foreign currency dealer who had phoned him under the guise that he intended to change US$ 1400 at a local hotel.

However, after the deal had been concluded, the victim discovered that he had been given fake US$100 notes with the same serial number.