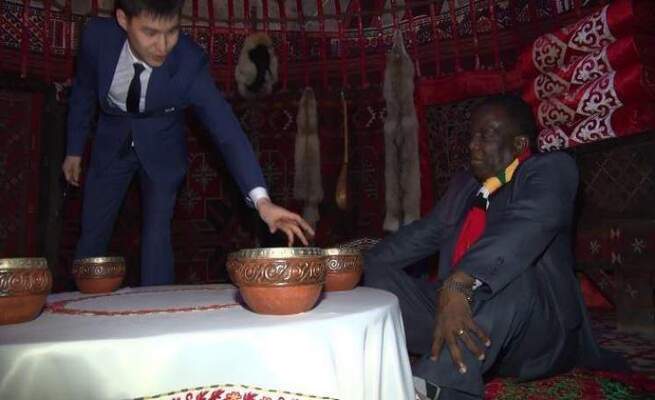 Former Foreign Affairs Minister Walter Mzembi has scoffed at attempts to extradite him from South Africa where he is currently exiled and told Nehanda Radio that President Emmerson Mnangagwa has attempted to have him assassinated several times now.

In a exclusive interview with Nehanda Radio, Mzembi listed several innocent people who were killed in each of the alleged assassination attempts in both Zimbabwe and South Africa.

Last month the National Prosecuting Authority (NPA) sought the assistance of South African authorities to bring Mzembi back to Zimbabwe to answer allegations of stealing vehicles worth US$130 000, donated for the World Tourism Organization (UNWTO) General Assembly.

The former minister is also accused of “abusing his office by donating four public viewing screens worth US$200 000 to Zion Christian Church, United Family International Church and Prophetic Healing Deliverance Ministries in violation of the Public Finance Management Act.”

In a third case Mzembi and two others — Susanna Makombe Kuhudzai and Aaron Mushoriwa Dzingira — were accused of “receiving donations amounting to US$815 000 for UNTWO from Mbada Diamonds on behalf of the Government and converted US$517 360 to their own use.”

Speaking to Nehanda Radio, Mzembi said not only were his co-accused cleared by the courts but the said UNWTO funds were cleared by a cabinet (that included Mnangagwa) and the Zanu PF leader was simply pursuing a long running vendetta against potential leadership rivals.

“There is a Registered Deed of Trust, independent of the Minister with its own signatories, bank accounts of the people they acquitted or withdrew charges from, where do I come in?

“Mnangagwa has tried physical elimination for the last three years it failed. At one stage he thought they had got me, they even ran stories that I had died. I don’t know who they killed in South Africa by mistake thinking it’s me.

Mzembi says between 2013 and 2017, Mnangagwa allegedly tried to kill him several times and even “hired an assassin who has a docket of confession at Borrowdale Police Station with Crime References etc but they tortured Mr Mupazviriho into silence, it’s all there in the public domain.”

“In 2004 again another attempt and they ended up killing Lucky Hakata at Featherstone in a make up accident, again another near miss of mistaken identity.”

Mzembi says its important to remember that Mnangagwa publicly designated Zanu PF’s G40 faction an “Enemy of the State” and that was “meant to empower him to deal with people like me and others extrajudicially. Mnangagwa has tried physical elimination for the last three years it failed.”

Besides his alleged links to the G40 faction that supported the late President Robert Mugabe, Nehanda Radio pressed Mzembi if there was any other reason Mnangagwa would target him.

“A number of reasons come to mind, the chief one being I was the last man standing with Robert Mugabe as his Foreign Minister. That elevation from Tourism Minister simultaneously happening at a time he was being dropped by Mugabe, me and him coming from the Karanga ethnic group he read it to mean that I had replaced him as the most senior deployment from the Karanga Group.

“He never forgave me for that. But my appointment was meritorious coming on the back of my near successful run for UNWTO SG which he also read to mean I was preparing a run for Presidency.

“I remain one of his most credible opponents in that respect and now that he has decimated internal opposition his focus has migrated to external threats. I give him sleepless nights,” Mzembi said.

In a statement, Zanu PF acting spokesperson Patrick Chinamasa warned Magashule against speaking like “Zimbabwe’s prefect” Chinamasa claimed exiled Zimbabweans Magashule referred to were criminals escaping justice in their country for crimes they committed under Mugabe.

“There is no Zimbabwean who was exiled to South Africa by our government nor the party. Referring to fugitives of justice who escaped this country to find a safe haven in South Africa as exiles, when they dodged various corruption crimes committed during the previous administration is not only hypocritical but absolute hogwash,” a furious Chinamasa added.