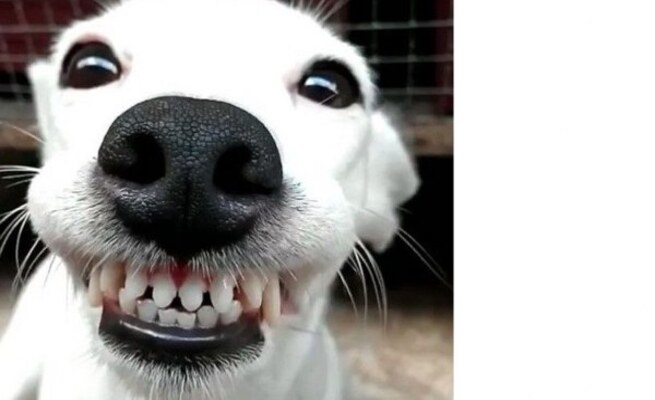 A 41-YEAR-OLD man from Bulawayo’s Buena Vista suburb who was employed as a domestic worker is on the run after he was convicted of se_xually abusing his master’s dog.

The pervert Pholani Mkhwebu who was caught red-handed having se_x with his master’s dog by his co-worker Shayne Ngwenya and pleaded guilty to the “lewd se_xual act” betrayed the court’s trust when he didn’t turn up for sentencing leading the court to issue a warrant for his arrest.

This was after he was remanded out of custody to 3 August on free bail, during his initial appearance in court on 01 August.

Police have reportedly tried a number of times to locate him, but were unsuccessful.

It was proven in court that when his co-worker caught him romping with the dog, he alerted their boss and a report was made at Hillside Police Station.

Unbelievably, upon his arrest Mkhwebu, a married father of a four-year-old child, admitted to poking the dog saying it was a temptation too good to ignore since he was se_x-starved.

Facts of the session were that on 31 July at around 10 am, Mkhwebu and his co-worker were seated in the house before Mkhwebu told the latter that he wanted some fresh air and he went to sit outside.

It was proved that after sometime when a seemingly suspicious Ngwenya went outside the house to check on Mkhwebu, he was horrified when he found him holding a dog with his pair of trousers dropped to kneel level and having se_x with it.

It is said that in a bid to stop the animal from howling he tied it around its neck with a wire. Seeing that he had been busted, Mkhwebu in a swank of shame pulled up his pair of trousers as if nothing had happened. The matter was reported to the police leading to his arrest.

For the offence Mkhwebu was brought before Bulawayo magistrate Shepherd Mjanja charged with bestiality as defined in Section 74 of the Criminal Law (Codification and Reform) Act, Chapter 9:23.

Mkhwebu didn’t waste the court’s time when he pleaded guilty to the offence of performing a se_xual act with his boss’ dog.

Asked why he committed the offence, a remorseful Mkhwebu told the court that he was “very” sorry for his shameful actions.

“I just misbehaved, I am sorry,” he said.