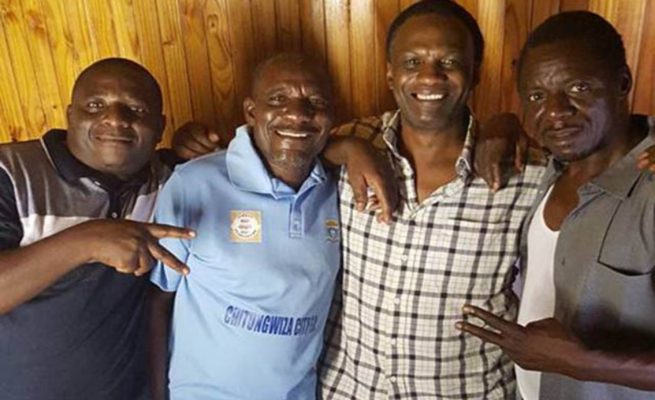 In an interview with H-Metro, Makahamadze said Zaka-Zaka was now part of the star-studded outfit.

“He approached us last week and told us that he wanted to rejoin the band.

“He was missing from the group for a while and as a founder member of Orchestra Mberikwazvo we simply took him on board after getting the blessings of Baba Sharo,” he said.

Makahamadze said they have also embraced Zaka-Zaka to add depth to the group.

“We all know what Zaka Zaka can offer and his ability as an artiste.

“Of course he might have left us around 2011 to pursue a solo career but he still remained part of us.

“We have embraced him as one of us and we are looking forward to a good tenure with him,” he said.

He however said the Covid-19 pandemic will likely to delay Zaka-Zaka’s unveiling to the fans.

“We would have wanted to unveil him to fans and even dedicate one show to him as we are welcoming him back.

“However, the unveiling is likely to be delayed due to the Covid-19 pandemic where public gatherings have been banned.

“If all go according to plan, we are also going to unveil him when we get a chance to hold online gigs.

“Zaka-Zaka brings a wealth of experience to the group and we all know what he is capable of,” he said.

In another interview, the media shy Zaka-Zaka said:

“Yes I am back where I belong,” said the former Chilli Boys without elaborating why he decided to rejoin the band he quit in 2011.

Macheso also confirmed Zaka-Zaka’s return and said they were ready to work together.

“What Tich has told you about Zaka-Zaka is true and we have since welcomed him back.

“We would have wanted to unveil him to fans but the situation does not permit us but we will find a way to unveil him,” he said.

Macheso said they considered Zaka-Zaka’s experience in showbiz and took him on board.

“Zaka-Zaka is one of the Orchestra Mberikwazvo founders and we had no problems in accepting him.

“We hope he will catch up with the rest of the band members after rehearsals and we are looking forward to a success stint with him,” he added.

Zaka Zaka was the second high profile Orchestra Mberikwazvo to leave the group after Innocent Mjintu had left.

Macheso had to look for replacements but Zaka-Zaka’s touch was also missing.

Zaka-Zaka’s return comes at a time when nimble-footed dancer Francis “Slomo” Dhaka was rumoured to be on Orchestra Mberikwazvo’s radar.

However, Slomo appears shy to rejoin the group.

Insiders say Slomo is desperate to rejoin Macheso after falling on hard-times and the Orchestra Mberikwazvo’s handlers say the door is still open but they won’t beg him for a reunion with the popular sungura outfit.