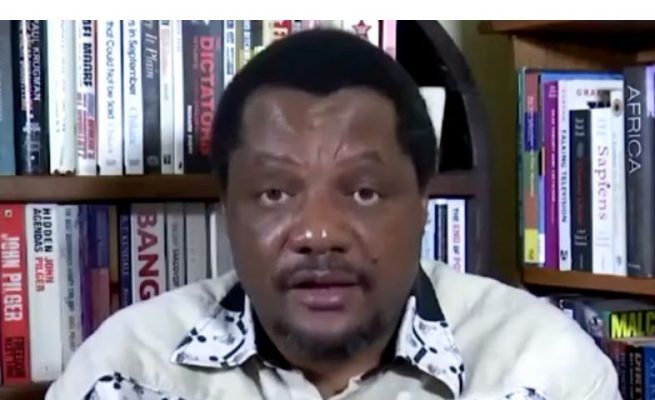 Contrary to social media speculation that political activist, Hopewell Chin’ono, who is remanded in custody on charges of inciting public violence is sick, the Zimbabwe Prisons and Correctional Services (ZPCS) which has its own medical team says he is well and being treated like any other prisoner.

ZPCS spokesperson Superintendent Meya Khanyezi said just like any other prisoner, Chin’ono will be allowed to be attended by a doctor of his choice even after he had been attended to by resident prison doctors.

“As far as we are concerned, he is well, but to our surprise, social media is awash with unconfirmed reports that he is not well. However, as the ZPCS we have allowed his personal doctor to go and see him,” she said.

The ZPCS has its team of medical personnel who include doctors and nurses. However, in respect to the rights and wishes of prisoners, a request by Chin’ono’s lawyers to have him attended by his personal doctor was granted notwithstanding that he did not exhibit any illness signs.

The Chin’ono case has been packed with drama amid attempts by his lawyers to politicise it. Last month, Chin’ono lawyers notably Ms Beatrice Mtetwa was reprimanded by the court for the emotional manner she was handling the case.

After Chin’ono had been transferred to Chikurubi Maximum Security Prison, in line with the ZPCS policies, Ms Mtetwa blew the gasket going as far as claiming without any shred of evidence that her client could be poisoned.

Since the outbreak of the Covid-19 pandemic, that has forced Government to close essentials such as schools, and limit travelling, ZPCS has also stopped in-person visiting of prisoners for the safety of staff, prisoners and the public, however Chin’ono’s lawyers cried foul when this was applied even as it did not spare any other prisoner.

Videos & Pics Muza Mpofu - 1 October 2020 0
A woman escaped death by a whisker Tuesday after a Zupco bus veered off the road in Harare CBD while she was standing on...

News Muza Mpofu - 1 October 2020 0
SIXTEEN commercial se_x workers in Chivhu on Saturday announced that they had quit the world’s oldest profession and formed a business association to transform...
Loading...