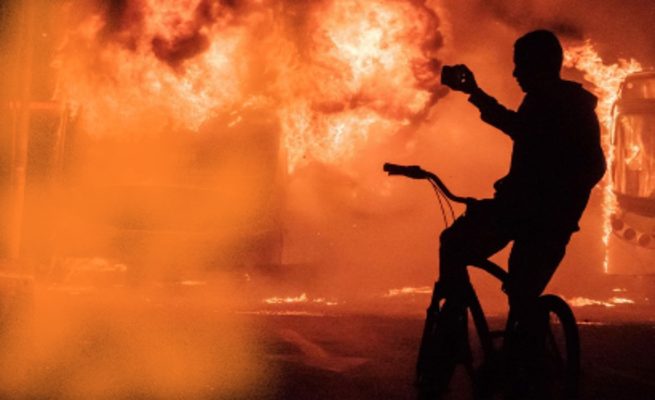 CHURCH members and neighbours have accused their pastor of being heartless.

They said a man died on church premises while the pastor took pictures and videos of the scene.

A fire broke out in the Wendy house behind the Methodist Church in Meadowlands, Soweto, on Tuesday.

According to church members, the man who died was the caretaker of the church.

They told Daily Sun people carried buckets full of water and tried to put out the fire while the pastor took videos.

A community member said: “We were walking by when we saw people running in different directions with buckets of water.

“They were shouting someone was burning in the church. We immediately stepped into help. I couldn’t believe it when I saw the pastor take videos instead of saving a life. We want him out of our community.”

A church member said: “I was not there, but when I heard of his behaviour I knew my fellow congregants and community members were telling the truth because he’s a bully, dictator and unfriendly.

“Since his appointment in October we’ve been unhappy. When we try to express our views he sidelines us. He never helps anyone from the church. It’s in his nature to watch people suffer.”

But Pastor Monwabisi Moses dismissed the claims. He said this appeared to be nothing short of hatred.

He said: “I was on my way to send my condolences to a bereaved family when I saw smoke from the Wendy house. I immediately called firefighters. I did everything in my power to help him.”

He said he took videos as part of his report to church leaders. However, he said, the man was not a caretaker, but the church offered him a place to live.

Meadowlands police spokeswoman Octavia Thebe said the fire was caused by a heater. An inquest docket had been opened.