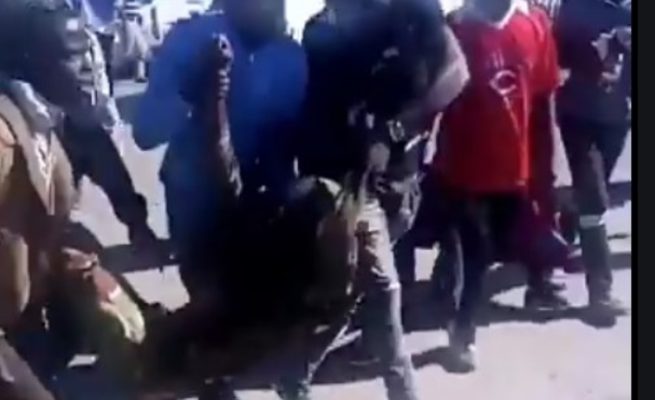 POLICE have named Elphas Jani (20) of Gutu, now deceased, as one of the gunmen who shot and killed Lance Corporal Lorance Mupanganyama, and injured Corporal Peter Zvirevo, in Chivhu last Saturday.

Police are yet to identify Jani’s accomplice who was also killed by security officers in a follow up joint operation on Sunday at Waterbury Farm, about 15km from Chivhu town along the Chivhu-Gutu Highway.

A leaked police internal memorandum seen by NewsDay revealed that Jani was found with an identity card, registration number is 27-241627-N 27, in his trousers pocket.

His accomplice had a Nokia cellphone with an Econet line.

A source privy to the matter, who refused to be named for fear of victimisation, told NewsDay that although police had not yet revealed the identity of one of the suspects, investigations revealed that the two were from Gutu.

“Police tracked calls in the recovered cellphones, which led them to Gutu, where they conducted interviews with family members of the two killers,” the source said.

“It was also discovered that the gunman, who has not yet been named, made a 15-minute call to a South African-based contact soon before he was captured by security officers.”

According to the source, the yet to be identified gunman was wearing a camouflage at the time he was captured, raising suspicion that he could have been a member of the national army, deepening the mystery surrounding the incident.

Sources on Monday told NewsDay that the Chivhu shooting incident happened after a brief conversation between the late Mupanganyama and the gunman whose identity is yet to be known.

Another source yesterday said Jani could just be an accomplice.

“The soldiers who killed the two came from Harare, accompanied by only two police officers from Chivhu and throughout the operation, were taking orders from a very high-ranking official from the military,” the source said.

“They (the soldiers) were taking strict orders from their superior in Harare throughout the confrontation with the now-deceased killers,” said the source, suggesting the killing could have been ordered from Harare.

National police spokesperson Assistant Commissioner Paul Nyathi said he was yet to get a briefing from Chivhu.

“You can check with me tomorrow morning,” Nyathi said.

News Cynthia Goba - 26 February 2021 0
A WOMAN from Lupane Business Centre was battered by her angry husband after he stumbled on a ‘‘stray’’ love message on her phone. Caroline Moyo...

Bootylicious woman who was caught having s3x with 13 year old boy in big...

News Tshuma Rueben - 26 February 2021 0
A 26-year-old female Chitungwiza se_x worker, Precious Taye has been remanded in custody by a Harare magistrate after she had se_xual interc0urse with a...

What people might not be allowed to do if they don’t get vaccinated: Mnangagwa...

News Tshuma Rueben - 26 February 2021 0
PRESIDENT Emmerson Mnangagwa has warned Zimbabweans to get vaccinated against the deadly Covid-19 pandemic or they will soon be barred from all public spaces. Zimbabwe...

Sports Edmore Huni - 26 February 2021 0
ZAMBIA-based football star Thabani Kamusoko has kicked out his wife from his Selbourne Park suburb house in Bulawayo after his sister busted his “cheating”...

Sekuru cries for help as Form 1 girl grabs his balls & squeezes them...

News Muza Mpofu - 26 February 2021 0
IN a rare show of bravery, a quick-thinking 14-year-old girl from Bhekani Line in Ntabazinduna, Matabeleland North province, turned into Wonder Woman when she...