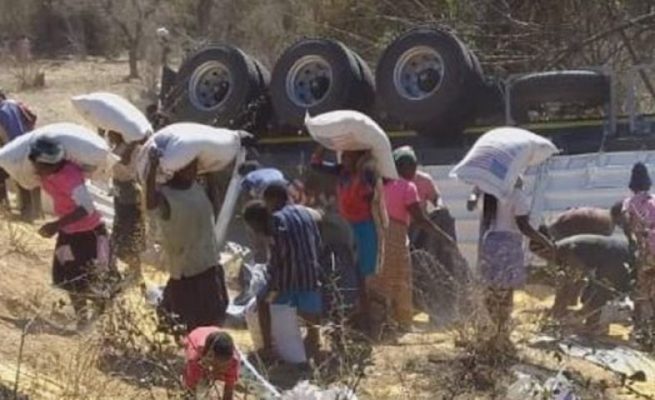 Villagers looted 30 tonnes of peas yesterday afternoon when a Bardale Logistics truck carrying the load from Mutare to Chipinge overturned and caught fire.

The incident happened near Jopa, a few kilometers from the town of Chipinge. A Chipinge Times reporter arrived at the scene as the truck was burning.

The Mirror understands that the peas belonged to an NGO called WFP which intended to distribute the peas to the needy.

The truck overturned after a sparing rack broke and diesel started leaking from the tanks and this saw the truck catching fire.

Efforts to get a comment from WFP or Bardale were futile. The driver of the truck identified as Oscar Yone escaped unhurt.