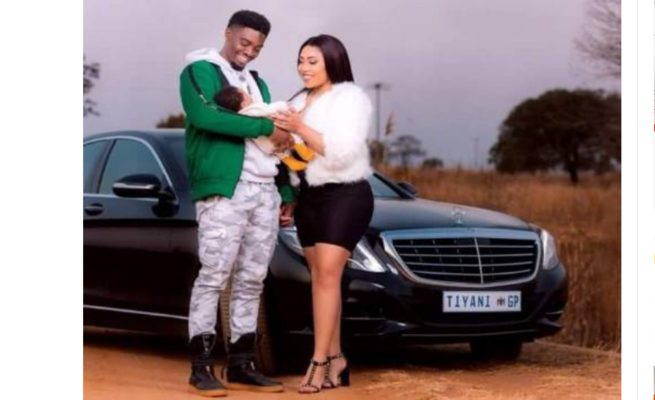 Joining the Mzansi celebrity trend of announcing things after they have already happened, actress Simz Ngema and her bae, model Tino Chinyani have announced that their bundle of joy actually arrived in June.

Just weeks ago, Ngema’s fans were in their feels after the actress announced her relationship with Tino and debuted her baby bump.

Now in a stylish “kill two birds with one stone” announcement video, the couple have shared that the ‘baby bump debut’ was two months after their son arrived.

The brand has a collection of tracksuits, gym wear and jewellery.

In the video, Tino gave fans a sneak peek of all the items offered and towards the end of it, the model is seen coming out of his car with Simz holding their baby boy. Tino goes out to them, where Simz presents him with his baby. They walk back to get inside his car together, and baby makes three!

Tino recently celebrated his birthday, and a teary-eyed Simz wrote a heartfelt letter which she read for him on Instagram.

“Thank you for showing me that I’m worth it. Thank you for teaching me how to live, how to love and how to dream again. For understanding that loving me is not easy because it comes with the challenges of the world.

“For understanding that I have burdens to carry and that I don’t need you to help me carry them and that all I need is for you to hold my hand,” she said as she struggled to choke down her tears.