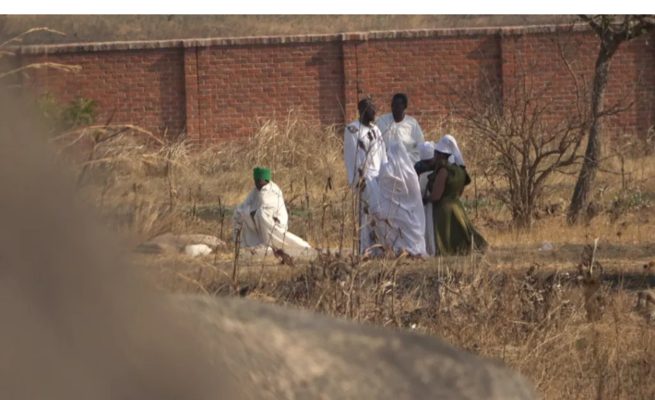 MDC-Alliance activists who faked abduction in May this year have now turned to apostolic prophets in what appears to be a desperate bid, wrapped in superstition and mythology, to have the State’s case against them crumble, The Herald can reveal.

Joana Mamombe, Cecilia Chimbiri and Netsai Marova, whose suspicious movements on the day they claimed to have been abducted were captured in a video that has since gone viral, are now frequent visitors at the shrine of an apostolic sect leader, Madzimai Memory of Hatfield, Harare.

The prophetess is allegedly famous among criminals and fugitives as she is said to possess spiritual powers that can make a serious crime weightless on the scales of justice.

On September 1, the three activists visited the shrine located behind the Catholic University of Zimbabwe between Joshua Nkomo Road and St Martins suburb — where they sought to have the State case quashed as they expressed fear that they could be convicted on charges of faking abduction and lying to the police.

According to members of the apostolic sect, the three arrived at the shrine in an unregistered Toyota Fortuner, that was being driven by Mamombe, who is an MDC-A legislator.

The three were spotted at the shrine, where other 50 congregates were attending church services between 11am till late at night.

At the shrine, the trio took turns to kneel before a male prophet and each pleaded for the State case to fizzle out as they said they had no evidence to back their abduction claims.

“The prophet said that the women were vigilant, especially Mamombe whom he singled out as courageous. He also told the three activists that they lusted for material things and he described them as promiscu0us, attributes that he said were bringing them misfortune,” said one congregant who sat within earshot of the whole episode.

The prophet, however, assured them that their troubles would disappear if they committed to attending regular intercessions where the dark clouds of misfortune, that had often accompanied them, would be removed spiritually.

“The three were asked each to bring a white piece of cloth, milk and six eggs, items that would protect them against any misfortune. Then they were given a stone each to put in their bathing water representing the river in which the ladies were drowning, but the stone symbolised their life-jacket,” another congregant said.

Mamombe was told that after the collapse of the State case, her future would brighten up as she would accumulate a lot of fortune, which would ensure that she lives a happy life ever after.

“Chimbiri was told that her ill-fortunes emanated from her strained relationship with her parents, especially her father. She was also told that she had a burning desire to get married, but was not finding a perfect husband, a predicament that often leaves her drained,” the source said. She was advised to make peace with her parents

Nothing much was said about Marova, apart from that she too, just like her two colleagues, had to attend the church services regularly so as to ensure that she is cleansed from any bad luck.

Some of Madzimai Memory’s ardent followers were convinced that the trio had found a sanctuary from where all their troubles would peel off, while the sceptics questioned why people who were enmeshed in sinful practices were seeking divine intervention before they had repented.

Insiders in the MDC-Alliance said there is pervading fear in the opposition as the party leadership are blaming each other over the poorly choreographed fake abductions.

This comes as wheels are coming off from the MDC-Alliance trio abduction claims, as new evidence from CCTV footage, cellphone tracking and pictures, disproves their assertions that they were arrested at a police checkpoint along Samora Machel Avenue.

Further examination of the evidence established that after the illegal demonstration in Warren Park, the trio drove a silver Mercedes Benz Reg. No. AFE 9222, along Westwood Road which separates the suburbs of Westwood and Kambuzuma and turned into Kambuzuma Road, towards the Workington Industrial Area.

They eventually got into Coventry Road before turning into Rotten Row Avenue. The car was being driven by Ms Mamombe.

The evidence also shows that in the afternoon of the day of the alleged abduction, they drove to Fidelity Life Towers where the offices of the Zimbabwe Doctors for Human Rights’ owned Counselling Services Unit, are housed.

The two organisations are rabid critics of Government.

From Fidelity Life Towers, their movements were detected in the Kopje area where Ms Chimbiri detected her uncle and called him on her mobile phone and immediately made a U-turn and met the uncle at the corner of Rotten Row Avenue and Coventry Road.

The uncle confirmed to investigators that he met the three female activists just before 2pm on the day of the alleged abduction.

Afterwards, the three were noticed in the vicinity of Advocates Chambers housed at Old Mutual Building along Third Street, where MDC-Alliance leader Nelson Chamisa’s private offices are incidentally located.

Just before 3pm, Ms Mamombe tells her lawyer, Jeremiah Bhamu via WhatsApp that she had been arrested.

However, his efforts to locate her or ascertain how many people had been arrested were not responded to. Around 5.34pm of that day, Mr Bhamu then notified Ms Mamombe of his intention to make a missing person report.

While Mamombe had told her lawyer that she had been arrested around 3pm, CCTV at Belgravia Shopping Centre shows the team arriving at around 4.45pm and parking at a food court with the registration of the vehicle clearly noticeable.

Ms Chimbiri is still wearing the same clothes she had been pictured in earlier in the day.

The three also display suspicious behaviour when they ordered their food from their car with a manager at the Food Court confirming they had told him “pakaipa” (meaning something is wrong) when he asked why they didn’t want to get into the shop.

They immediately left after their order had been delivered with the car only discovered at Harare Central Police Station on May 16.

However, a manager at a nearby shop said the vehicle was not at the parking lot on May 14 and 15.

Detectives discovered the trio’s cellphones in the car while an empty packet of a new cellphone was also found in the vehicle, raising suspicion that the new gadget could have been the one they were using for communicating.

Evidence also showed that they used the new phone for their activities on the Internet.

Medical checks done in the presence of independent doctors have cast doubts on allegations of physical and sexual abuse by the trio.