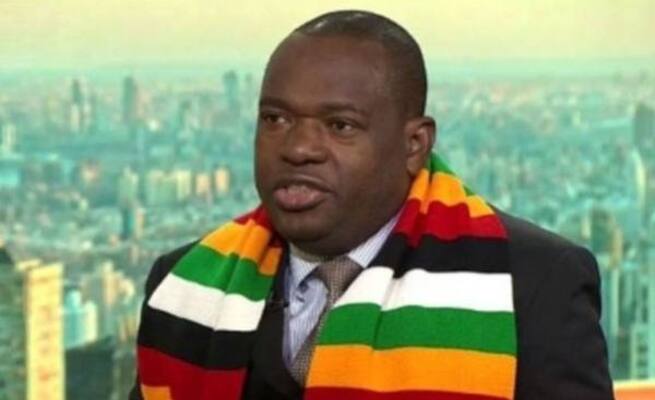 ZIMBABWE and the United States have agreed to co-operate and resolve their differences diplomatically as opposed to the public spats that had characterised their relations since the turn of the millennium.

Both confirmed the meeting, adding that it was held in a cordial environment.

The meeting was in line with Government’s drive for engagement and re-engagement designed to normalise relations with all countries that were previously hostile to Harare while continuing to explore opportunities for cooperation with those that were friendly.

Posting on his Twitter handle after the meeting, Dr Moyo said: “Today I had a fruitful meeting with the US Ambassador & we agreed to forge close co-operation between our two countries. We have a lot of common (issues) that should bring us together rather than divide us. We resolved to address our differences diplomatically & not to antagonise each other.”

Zimbabwe and the US have had frosty relations since 2000 when Harare embarked on the land reform aimed at correcting skewed land ownership that favoured white commercial farmers.

The agrarian reforms saw most of the 4 000 white commercial farmers losing their land, resulting in the imposition of sanctions by the US in December 2001, while the European Union followed suit in 2003.

While the EU has maintained the sanctions it has largely relaxed them while the US continues to play hardball.

Yesterday’s engagement came at a time Zimbabwe has been raising red flags over the US’ “interference in internal affairs”, with political analysts suggesting that Ambassador Nichols was “taking his admiration for opposition politicians and civic society too far”.

This was after he openly criticised Government for arresting political activists Hopewell Chin’ono, Job Sikhala and Jacob Ngarivhume for threatening to make the country ungovernable through violent demonstrations on July 31.

Further, it has been suggested that the US Embassy has paid a number of “influential people” in the region including politicians and journalists to drive an anti-Zimbabwe crusade ahead of the first anniversary of the regional anti-sanctions campaign on October 25.

Political analysts told our Harare Bureau yesterday that the US wanted the region to divert its focus to the alleged human rights abuses, a development that would have made Zimbabwe a “villain and not victim of sanctions”.

The US Ambassador was so desperate to soil the country’s standing that he was the only diplomat in the country who requested to meet an ANC delegation that was in the country for talks with fellow former liberation movement, Zanu-PF.

The US, together with other Western embassies in Harare, have also been quick to condemn Zimbabwe for alleged human rights violations, even in cases where some of the embassies have been strongly implicated in organising some of the “fake abductions” of activists and demonstrations.

Intelligence sources have suggested that some of the Western embassies “provide shelter” to the allegedly abducted activists hence the shocking discoveries that all of them have always been found with their cellphones fully charged and clean clothes.