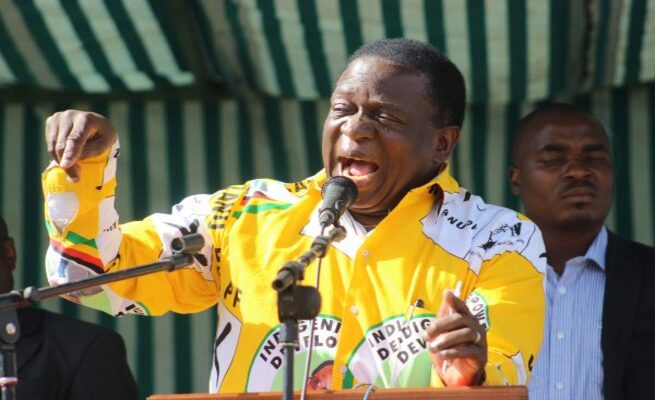 PRESIDENT Mnangagwa will soon evoke the provisions of the extradition treaty between Zimbabwe and South Africa so that fugitives and former Government officials who are hiding in that country to evade arrest for offences they committed in the country are brought to book.

Addressing the Zanu-PF Midlands Provincial Co-ordinating Committee meeting at the party’s Convention Centre in Gweru yesterday, President Mnangagwa said criminals have for long found a safe haven in neighbouring countries and were now working in cahoots with detractors who are bent on disturbing peace, law and order in Zimbabwe. The Head of State and Government said the Government was aware of their whereabouts and will soon descend on them so that they are brought to book for their transgressions.

The President said G40 fugitives, who comprise former Zanu-PF members, had turned into cyber stormtroopers and political gladiators on social media who are peddling falsehoods in order to destabilise the country. President Mnangagwa said the fugitives had connived with the country’s adversaries who are also infiltrating the country using Non-Governmental Organisations who have strayed from their mandate to pursue their ulterior political agendas. Former cabinet ministers like Saviour Kasukuwere, Walter Mzembi and Patrick Zhuwao are some of the former party members domiciled in South Africa, with Professor Jonathan Moyo believed to be in Kenya.

“So these G40 elements peddling falsehoods and narratives about Zimbabwe, we know where they are and we have been reluctant. But now we have an extradition treaty between Zimbabwe and South Africa. I am now going to give instructions to evoke that treaty so that we can extradite these elements to face the law. In America, no American will speak or act against the country and get away with it. In Zimbabwe they have been surviving but the law is there to make them accountable. We have local NGOs. I want to make it clear that each NGO in this country, when they get registered, they do so on the basis of agreed areas of participation. They are given a mandate for a particular area or activity. Those that are going to be found acting or working outside their mandate as NGOs we shall call them to account.”

President Mnangagwa said the country was and will remain peaceful regardless of hired social media fighters who are peddling falsehoods on the plight of Zimbabweans and the political situation in the country. He also castigated citizens who are being paid by foreign embassies to stage manage demonstrations.

“Despite the Second Republic experiencing hostile propaganda from our detractors both inside and outside the country, we will not relent to implement the revolutionary path because it is good for our country. The revolutionary principles have given us this independence. It is that revolutionary party that has created the democracy that is being abused today.”

The President said some NGOs had connived with political activists, Hopewell Chin’ono, Jacob Ngarivhume and the MDC-Alliance to disturb the country on 31 July, as it was the day Zimbabwe was also commemorating two years after holding peaceful elections.

“Our elections we had them on the same day in 2018 so it was our anniversary and we won resoundingly, takavarakasha. The elections according to the laws they are supposed to be announced within five days but on August 1 they went into the streets violently and burnt buses and cars,” he said.

President Mnangagwa said Government will not tolerate lawlessness in the country.

“Which Government would have folded hands and arms and allow chaos. In America recently there were demonstrations and soldiers were involved. We need law and order. We will make sure that our country remains peaceful and our people live in peace and do their work in peace. People should be allowed to enjoy democracy and law and order. Those who are bent on creating chaos in the country, the laws of the country will take their course. It doesn’t matter whether everyday you receive money from embassies and breach our laws, our laws will apply. That will not change,” he said.

President Mnangagwa said the country’s adversaries working in cahoots with other political activists have faked abductions of people in the opposition parties so as to give a false impression that there was no democracy in the country.

“We have people faking abductions. When the facts come out, we hear a different story altogether. We have this doctor, (Peter) Magombeyi claiming to have been abducted but after four or five days (he) comes out wearing clean clothes with a tie, fully charged phones and tells us he had been abducted. They were in embassies drinking tea, watching TV. We hear these three girls what they are doing. They have made a lot of noise but we had the evidence. They say we have a crisis in the country,” he said.

The President said there was peace in the country and South African President Cyril Ramaphosa had sent an envoy from Government and another from ANC to meet Government and Zanu-PF respectively and no one else outside that.

“My friend and neighbour Cyril Ramaphosa called me and told me that ‘there is a lot of pressure here we have been made to believe that Zimbabwe is in crisis’. I told him we are fine. He then said let me send an envoy and I agreed. Then we started hearing falsehoods on social media saying they shall meet so and so. The protocol is if a Head of State sends an envoy to another Head of State it means the envoy carries the message to the other President and takes it back and that is what happened. Then there are revolutionary parties in Sadc, in Mozambique, South Africa, Zambia, Namibia, Angola, Zimbabwe, Tanzania, Botswana and Malawi we have a forum for revolutionary parties where we continue to share our challenges as we are attacked by our detractors. We must share the mode of attack by our detractors.

“We agreed as Zanu-PF that our brothers and sisters of ANC come and discuss with Zanu-PF, to share the challenges and attacks on us so that you can prepare yourselves better. And what does the social media say, ANC is coming here not only for Zanu-PF but to discuss with this and that party and that embassy, hakuna (nothing like that). They came as ANC to talk to Zanu-PF and after we finish, they go back,” he said.