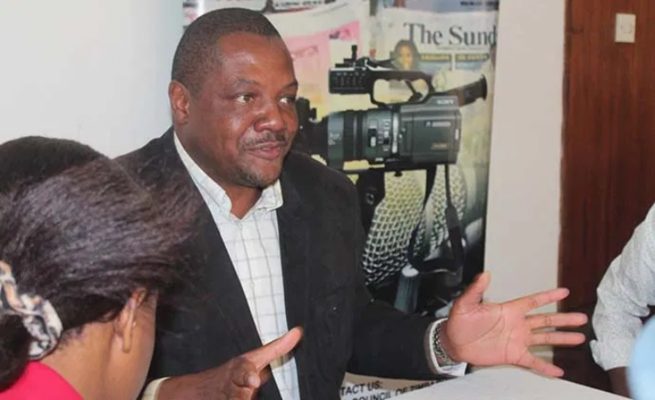 JOURNALIST Hopewell Chin’ono has narrated how President Emmerson Mnangagwa was infuriated following a series of articles he had written exposing how the first family was corruptly benefiting from government’s Covid-19 deals worth millions of US dollars.

The journalist claimed a livid Mnangagwa was reported to have told one of his cabinet ministers that he had “crossed the line”.

Chin’ono, who was granted bail two weeks ago following his arrest in July on charges of inciting public violence, was speaking at the launch of Zimbabwe’s Centre for Investigative Journalism in Harare, Thursday.

The veteran journalist spent over 40 days in remand prison after his arrest ahead of the foiled July 31 anti-corruption protests.

Before his arrest, Chin’ono had written several articles exposing how some shelf companies fronted by individuals linked to the first family were inflating prices of Covid-19 Personal Protective Equipment (PPEs) purchased by the government.

During the storm, Mnangagwa was forced to dismiss Health Minister Obadiah Moyo. The former minister was also arrested for corruption and the matter is pending before the courts.

“When I was thrown into Chikurubi Prison, one of the things that the president said to someone who is a government minister is that I had crossed the line. I had insulted his family, I had tainted his name yet I had done none of those things, I simply told the truth.

“If the truth meant that the president’s name was going to be tainted, so be it.

“We should not be afraid of telling the truth because we would be thrown into prison. That is the nature of the work we chose as journalists, more so as Investigative journalists because we are going to be uncovering a lot of rot in regard to what is happening in our country.

“If we look at how everything has collapsed in our country, it comes back to one thing. If we had more investigative journalism, we would start to see institutions work properly.”

Chin’ono fingered Mnangagwa’s sons including Collins in an over US$60 million case that involved the overpricing of PPEs meant to fight the Covid-19 pandemic.