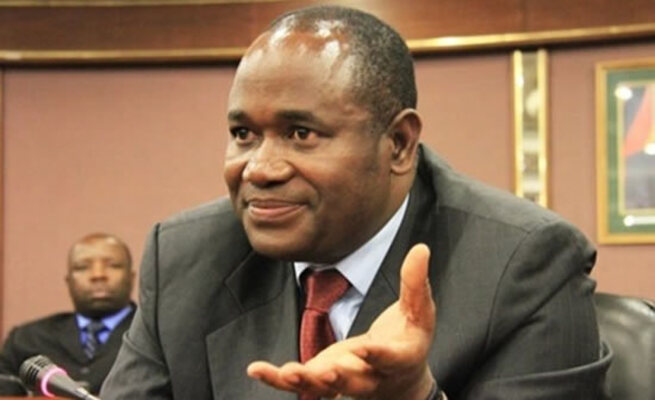 Former Reserve Bank of Zimbabwe (RBZ) governor Gideon Gono says the days of the government of national unity (GNU) were “one of the best economic episodes of our lives”.

Gono (GG), who retired in 2013, made the statements in a wide-ranging interview with Alpha Media Holdings chairman Trevor Ncube on the online platform In Conversation with Trevor.

In the two-part series, the former RBZ boss spoke about his weight loss, professional journey and the need to ensure that the central bank was independent.

TN: Gideon Gono, former governor of the Reserve Bank of Zimbabwe, welcome. The last time I saw you, you were jogging around my neighbourhood.

I think you were carrying an additional 30-25kg, you have lost all that, what have you done?

GG: Let me begin by saying there was a reason why I had to do that.

I was getting tired of moving around with a hanging garden of Babylon around my body.

People do mistake that kind of garden for prosperity, for happiness but as one begins to appreciate health more, you begin to associate that with the number of illnesses one can get.

Obesity is never a blessing for anybody.

I had a determination that at the age of 60, I must look at least 20 years younger.

It had been an aspiration, that, to be fair, had also been planted in me by the former president whom I was close to and he would always chastise me.

TN: So what have you done?

GG: It took four phases; you have got to have the mental ability, stability, and desire to change. I had to start with the diet.

I stopped living to eat and went on to eat to live.

Number two, we underestimate the role of sleep in our lifestyles.

When I had my hanging garden of Babylon, I would wake up five to six times a night; hardly could put three to four hours of sleep at one go.

Now, I am sleeping a minimum of a good seven hours.

The third and quite important is exercise.

It was a combination of those, none of the three aspects is more important than the other.

Take me back to Buhera and remember how you were raised and what impact that has had on who Gideon Gono has become.

I am a culmination of experiences that have been impacted on me principally by my parents who were from a peasant background and basically, we grew up eight of us in the family, three boys and five girls; it was discipline, my old man always valued education.

He did something to me, which when you look back, has come to pass.

The first name that was given to my father is Gavhuna (governor).

When I tried to enquire why, my father would say his father wanted him to be a governor. He missed that and it fell on me.

For the 18 years that I was at home, it was a lot of hard work, honesty and discipline. He also valued education.

TN: What did, starting at the bottom, a humbling space, serving people, teach you?

GG: It was very humbling, but I learnt a lot.

There are certain behaviours that managers or seniors do to those that are below them, which I vowed I would never behave like that to anyone.

I also took time to do the best that I could be with a job. I vowed I would not die or end my career as a tea maker.

TN: The discipline to work yourself through school resulted in your having an MBA and then a doctorate from the University of Atlanta after having your honorary doctorate.

Where does that inspiration, that drive come from?

I have read over 50 books on other people’s lives.

So, that ambition is a culmination of borrowing from the balance sheets of several people.

One of the most relevant is Abraham Lincoln. He had failed several times to run for office but he never gave up — we must never give up.

Today what Zimbabwe would benefit from is to read a book entitled, A Team of Rivals.

It is no wonder that one of the best economic episodes of our lives has been during the time we had a team of rivals, the government of national unity.

GG: Every day, without fail, when I got to the office as a tea maker, I would kneel in the office of my boss and say to the old man, I did not ask to be born.

TN: Let’s go straight away to your first big move; you become the general manager of the Zimbabwe Development Bank, what were the highlights for you?

GG: I was a chartered secretary so I fitted in the groove of an administrator, and I filled a human resources person.

The ability to hold all that was what the ZDB valued. ZDB was in its infancy, we started in 1986, and I joined just six months after it started.

I was part of the formative aspects; that was a big jump. I was able to fulfil an ambition that I was going to be a banker.

GG: I joined CBZ, I was given the job after I completed my MBA.

Interestingly, and the man who gave me the job is the current president, His Excellency President Mnangagwa, while he was acting Finance minister.

The privatisation of CBZ was a major highlight.

In June 1998, we listed as CBZ, but more importantly, was the role of vision for the bank.

CBZ was where all the ills about banking were to be found.

Most of the wrongful portfolios belonged to politicians, who did not want to pay.

In 14 days, I convinced the central bank that it could be turned around.

I said government had no business in having a 100% shareholding of CBZ. I need a mandate to privatise it.

I did not apply; I was invited to become governor at the Reserve Bank of Zimbabwe for two terms.

The most difficult period in the history of our country was during that period because there were a number of challenges that confronted me.

Zimbabwe had never gone through one single year without balance of payments support, so put yourself in my shoes.

We then had received about US$2,5 billion from the IMF, World Bank and African Development Bank as balance of payments support every year.

By the time I became governor, we had gone for five years without any balance of payments support.

We also had the war veterans compensation, we were beginning to have a vibrant opposition, MDC, so it was a conflagration of forces that were attacking the historically assumed stability of the economy and we had Zidera in 2001, Tony Blair, George Bush and we had sanctions applied against the country.

TN: Let me ask you this, do you think that your close relationship with (former) president Robert Mugabe compromised your ability to be much more forthright with the authorities?

GG: Actually it helped a lot. When I was at CBZ, I was able to convince him to be my client; he was always a depositor, never a borrower.

I didn’t compromise, there were limits I had to go; it was more of persuasion and advisory.

The fact that the central bank is controlled by a line ministry is a great weakness in itself and I would advocate for the independence of the central bank, which we don’t have right now and that is the elephant in the room.

Quasi-fiscal operations were a product of instructions from government, that’s why we were doing it.

I would not do quasi-fiscal operations.

TN: A lot of people out there are convinced that you are the creator of quasi-fiscal operations.

GG: It is because they don’t read.

TN: Given the experience you have, what would you do with the two instruments you have spoken about, were you in a position to change?

GG: I would really overhaul it.

If we can change constitutions but leave subsidiary legislations untouched, we are scratching the surface.

I would really look at best practices in terms of central banks.

I would take the model of Singapore, the manner in which it does things is one of the best.

We need to remodel the manner in which we do things.

TN: What you are talking about is great but it takes away power from the politicians, so what do we do?

GG: I have no problem with amendments to constitutions; we really need to invest a lot of time in building very strong institutions before we even talk about going to the next election.