This was revealed by MDC Alliance party which released a statement saying, “In a continuation of the assault on the will of the people by Mnangagwa & his proxies, a further 11 councillors have been recalled from Harare City Council. This has nothing to do with constitutionalism or service delivery but is a reprisal for the election of Jacob Mafume.

“The timing of the expulsion has sold out the strategy. The said expulsions violate the MDC constitution. Fundamentally, Khupe’s mandate even from the SC judgment long expired. There’s no legal basis for these counter-productive “recalls” that are costly to the electorate.” 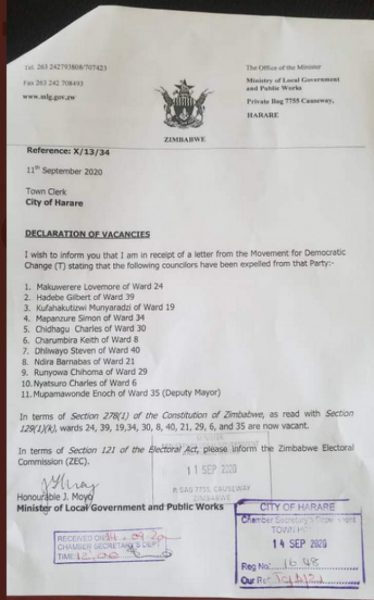