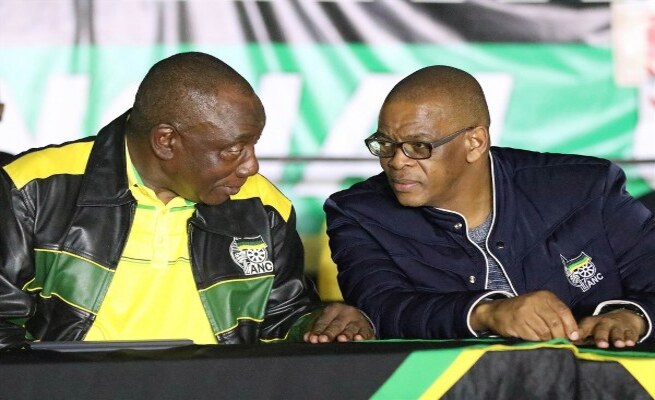 THE South African ruling party, the ANC, should not abuse its fraternal relations with Zanu PF to poke its nose in the country’s internal affairs, but should focus on multiple problems affecting that country such as factionalism and inequalities, the ruling party has said.

This comes as the ANC is said to have taken an unprecedented step of seeking to meet opposition parties and civic organisations in the country in a move that has been pooh-poohed by experts as unprecedented and undiplomatic, and which also smacks of the misinformed belief that Zimbabwe is South Africa’s province.

Zanu PF Secretary for Administration Dr Obert Mpofu said as far as the ruling party is concerned the purported return of the ANC delegation was not discussed at the recently held frank and brutal meeting where Zimbabwe stamped its sovereignty.

“The post inter-party dialogue feedback by the ANC affirms the genuine outcome of our dialogue. In light of the expressed revolutionary collegiality underscored in the ANC statement, as ZANU PF we take it upon ourselves to honour the resolutions of our bilateral talks. As a liberation party we find more comfort in strengthened cordial links with revolutionary sister-establishments in the SADC.

“This further dovetails with our political dialogue standpoint outlined as a cardinal preamble of the Second Republic’s engagement and re-engagement principle. The major diplomatic score of our September 9 party-to-party dialogue reinforces Afro-centred designs of political mediation.

“In the process, we are grateful that the attempts to decimate ZANU PF’s heartfelt allegiance to the aspirations of the people have been arrested by the solidarity which the ANC has rendered”.

Zanu PF Director for Information and Publicity, Mr Tafadzwa Mugwadi hinted in a statement that the South African delegation, that came to Zimbabwe was pushing a factional agenda and its latest antics are meant to save face.

“It is unfortunate, but we find it imperative to inform our sister revolutionary party, the ANC to focus their attention on matters affecting South Africans rather than attempt to experiment attention seeking gimmicks in the name of our stable nation and our peaceful people.

“For the record, there was no deliberation nor agreement on them coming back to meet anyone over the issues we discussed. It is unprecedented in the history of our fraternal relations as revolutionary parties for the ANC to seek to verify our submissions through puppet movements. Just imagine a ZANU PF delegation forcing itself to engage renegade movements like DA, EFF or Afrikaner organisations to verify and ascertain whether the ANC is correct or not,” said Cde Mugwadi.