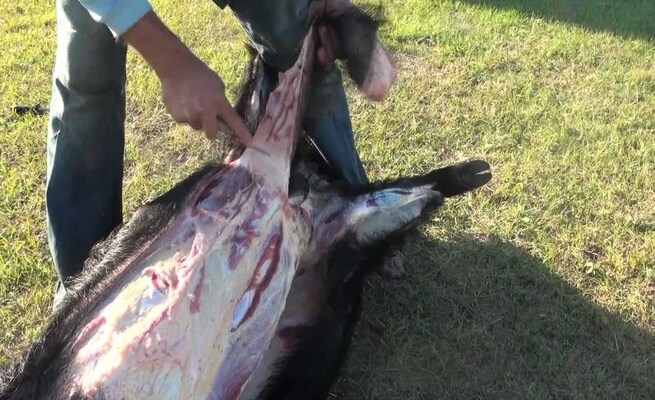 They say hell hath no fury like a scorned woman but a scorned Mwenezi man could be worse.

Vengai Simon who lives under Chief Mazhetese’s area recently stormed the homestead of a man whose son allegedly snatched his wife. He camped there for days while feasting on turkeys, chickens and a pig that he slaughtered with his accomplices.

They slaughtered five turkeys, one female pig and three chickens.

Simon threatened to remain camped at Tapiwa Macheza’s homestead and enjoy white meat until his wife returned, according to documents in the hands of The Mirror.

Simon appeared at Mwenezi Magistrates Court facing three counts; one for stock theft and the other for making threats of violence. The trial could not continue because two accomplices are still at large.

He pleaded guilty to slaughtering Macheza’s turkeys, pig and chicken without the owner’s consent. He said he did this out of anger because the complainant’s son snatched away his wife and the slaughtered birds were for his meals while he waited for her return.

State prosecutor, Lighton Katsidzira said on August 16, 2020 at Tagovegwa Village, the accused teamed up with Tauya Simon, Peter Simon and Givemore Gumbo and went to Macheza’s homestead armed with spears, knobkerries and axes.

Macheza and his wife Liyeleni Bhamule fled for dear life leaving their home to the accused and his accomplices.