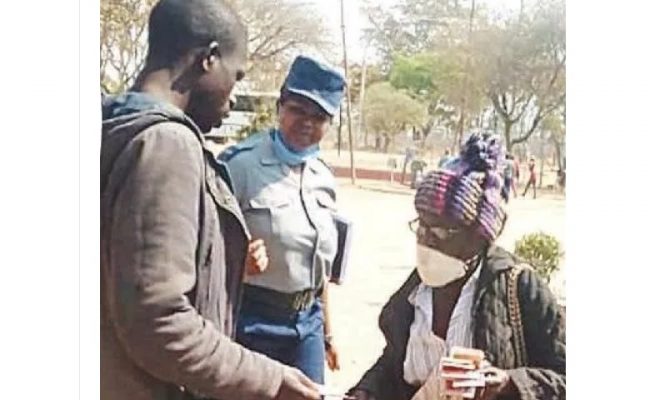 A 31-year-old man was last week arrested over physically abusing his 72-year-old lover.

The Epworth man only identified as Emmanuel is alleged to have forced his lover Ellina Muvuti to eat hot meat and sadza at the same time and punched her with clenched fists.

The two have been living together for more than one year as husband and wife.

Emmanuel said he hooked up with Gogo Muvuti through WhatsApp since she was looking for someone to quench her se_xual appetite.

He accused Gogo Muvuti of bewitching him until he got paralyzed.

“I decided to separate with her in January this year after losing affection and she bewitched me and I got paralyzed,” he said.

Gogo Muvuti denied the allegations saying Emmanuel has been physically assaulting her for some time that all the neighbour’s witnessed the incidents before he got paralyzed.

“Our neighbours witnessed many occasions being assaulted and he would be under the influence of dagga.

“I do not know any of his relatives except one he used to call who stays in Norton.

“I have been providing food and clothes for him but I am tired.

“After forcing me to swallow the hot food, he punched me several times with clenched fists that is why I took the matter to police.

“If there is any of his relatives I want them to come and collect his belongings from my house.”

He threatened to kill me or cripple me accusing me of bewitching him,” said Gogo Muvuti.

The matter was handled at Epworth police station.