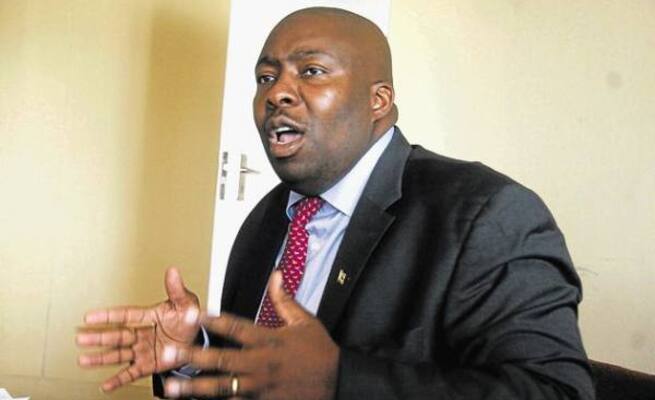 Chinamasa is holding weekly press conferences at the party headquarters in Harare where he often launches verbal attacks on opposition officials and former Zanu PF members.

However, former Zanu PF national commissar Saviour Kasukuwere said: “Zanu PF is stinking at they must stop throwing sewage at them.”

This follows claims by Chinamasa Monday that former ministers Walter Mzembi, Kasukuwere and Patrick Zhuwao had approached South Africa’s African National Congress (ANC) to be an intermediator to enable the three be re-admitted into Zanu PF.

“He (ANC secretary-general Ace Magashule) said that Kasukuwere, Mzembi and Zhuwao had asked that he transmit to us their desire to be readmitted into Zanu PF. That is the message which came way before July, August,” Chinamasa told journalists.

However, the three who are now in self-exile in South Africa, refuted the claims.

“Chinamasa is so desperate to be noticed by the powers that he has now become an object of ridicule,” Kasukuwere told NewZimbabwe in an interview Monday.

“He should be helped to stop his useless weekly charades he is using to lie and seek relevance. Why did he not say that at the joint (ANC/Zanu PF) press conference or other useless pressers he held subsequently?

“We engage with respectable liberation movements and will respect those engagements until the time comes to unpack the concerns raised.

“So, I dismiss Chinamasa’s weekly madness with the contempt it deserves.”

Former tourism minister Mzembi said Chinamasa is a grumpy spokesman who is trying to prompt him and others to violate the assistance they are receiving from the ANC.

“Chinamasa is trying to reduce a political dispute we have with Harare to a squabble between us, and I am not about to honour his undiplomatic behaviour with a response to his taunts,” he said.

“ANC delegation will call us for a de-brief when they are done with their quarantine. I have no business responding to Chinamasa on anything let alone his concocted briefings to you guys about a comeback request into Zanu PF. That is a figment of his imagination.”

Mzembi said “Chinamasa is throwing sewage on our faces”.

“We have never made such a request to ANC both in private or public.”