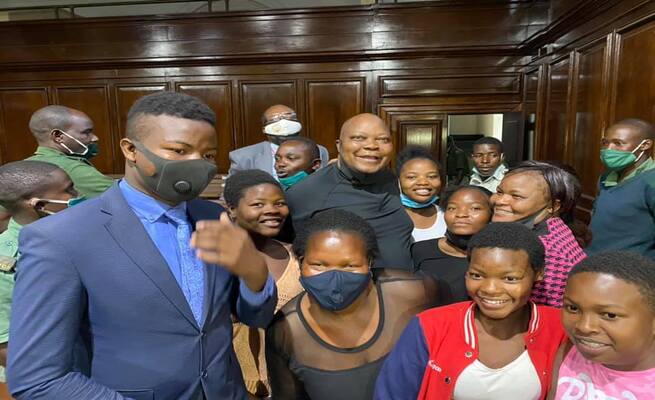 MDC Alliance Vice Chairman Job Sikhala has been released on bail. This was revealed by Hopewell Chi’ono who in a Facebook post said the persecution of citizens should stop because no one is inciting anything. The scribe wrote:

Job Sikhala has been given bail….

The persecution of citizens should now STOP and the focus should now be on STOPPING corruption, looting of public funds in Mnangagwa’s government and plundering of national and natural resources!

Sikhala has been detained for 32 days on a frivolous charge ONLY meant to persecute and punish him!

They indeed sadly punished him!

Justice Ndewere was scathing at the behavior and contact of the Zimbabwe Republic Police, a thoroughly unprofessional force.

This is what happens when State institutions are used by rogue politicians to repress citizens and conceal their looting of public funds!

Nobody is inciting anything or anyone except an end to the LOOTING of public funds!

We have thousands of citizens dying daily due to lack of medicines in hospitals due to rogue and crooked politicians stealing State funds!

This is what ALL progressive citizens are fighting against and this is what Mnangagwa’s regime should put an end to and STOP harassing citizens!

Sikhala will sleep in Chikurubi prison again tonight because he can’t pay bail deposit since the government offices that hold bail money are now closed!

We know that the persecution of Sikhala and others was driven from Mnangagwa’s office through Thabani Vusa Mpofu.

What have they achieved with this embarrassing act of citizen harassment, persecution and unjustified punishment other than both international and local ridicule of the State and its captured institutions!!

Sikhala had been in remand for over 4 weeks as his bail hearing stolled for various reasons.