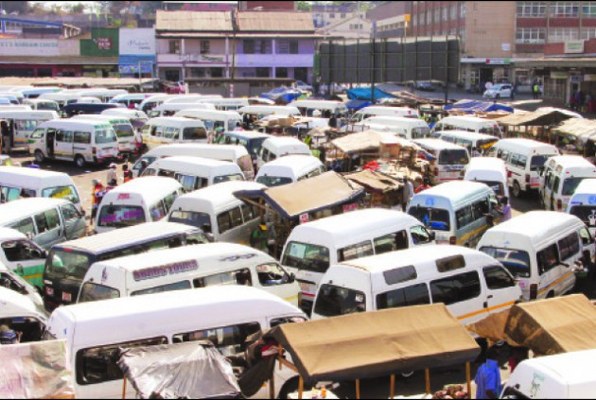 GOVERNMENT has given commuter omnibuses the nod to start operating but they have to register with relevant authorities and also strictly comply with Covid-19 health guidelines.

The kombis among other public transporters excluding pirate taxis, can approach the Ministry of Transport and Infrastructure Development for licences to start operating.

Kombis had been banned from operating since the start of the national lockdown at the end of March except for those operating under Zupco.

Addressing journalists during a post-Cabinet media briefing on Tuesday, Defence and War Veterans Minister Oppah Muchinguri-Kashiri, who is also the chairperson of the Ad Hoc Inter-Ministerial Taskforce on the Covid-19 said once kombis regularise their operations they will be allowed to start operating.

She said Cabinet took the decision after considering that Covid-19 cases were relatively declining in the country.

“Originally, every private operator who wanted to operate had to register with Zupco but we realise that Zupco also has some challenges. There are now new players in the economy hence the need to open up the transport sector especially the inter-city transport,” she said.

“Those that are legal including kombis, will be required to register with the Ministry of Transport and Infrastructure Development and comply with the rules and regulations.”

Minister Kashiri said some kombis were not roadworthy and as such could not regularise their operations.

She said Government is prepared to listen to genuine kombi operators but will not tolerate pirate taxis commonly known as mshikashika.

Kombi operators in Bulawayo welcomed the Government’s decision to allow them to resume operations.

Tshova Mubaiwa managing and marketing director Mr Ndabazabo Mabunda said they have started processes to ensure that they comply with Covid-19 regulations.

Mr Mabunda said they already have a rank where vehicles would be disinfected and does not believe they will have challenges meeting Government’s regulations.

“We will be engaging the relevant ministries to ensure that we don’t fall short of the requirements. We want to commend Government for allowing us to start operating. This will bring relief not to us as operators but also commuters who have been experiencing transport challenges,” said Mr Mabunda.

He said the ban on public transporters gave them time to introspect and listen to the public’s views on where they should improve.

“Although our service as Tshova Mubaiwa is second to none in Bulawayo, we have heard concerns about abuse of clients especially by conductors. We will be conducting refresher courses for our drivers and customer management courses for our conductors. But I believe that the lockdown has even opened eyes for the conductors who now should appreciate that the customer is a king,” he said.

Bulawayo United Public Transporters’ Association (Bupta) spokesperson Mr Keeper Ndlovu, said he could not comment on the matter as they were still engaged in meetings discussing how they would start operating.

In the past Government, commended the Bupta for being the most organised in the country.

According to the Bulawayo City Council (BCC) transport policy, all kombi owners have to belong to an association.

The policy enables council to approach the association when players start operating illegally and can be easily traceable in case they commit offences.

News Muza Mpofu - 9 May 2021 0
IN an incident that has shocked residents of Old Magwegwe in Bulawayo, a four-year-old boy died while five of his relatives and neighbours are...
Loading...