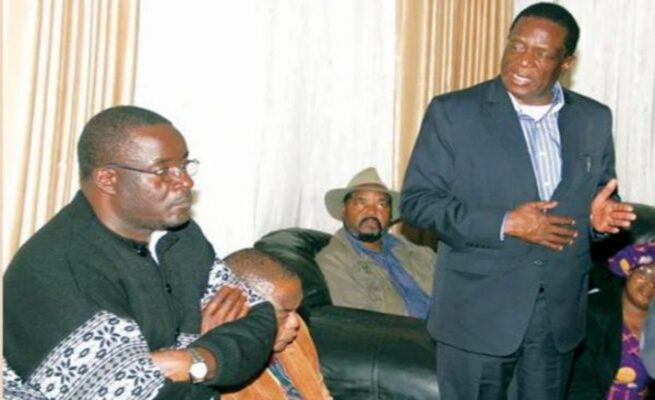 STAKEHOLDERS in the media industry yesterday warned government against threatening media organisations and interfering in editorial policies of independent newspapers as it posed serious danger to Press freedoms and the safety of practitioners.

He accused NewsDay of selectively ignoring Ramaphosa’s address and concentrating on the remarks by his International Relations minister Nalade Pandor, who challenged Zanu-PF to be honest about the crisis in the country.

“The dutifully opinionated editor of NewsDay avoids and ignores that address with the frightened care of a 19th Century man avoiding a leper. Instead, the wise Editor foregrounds some errant and non-committal comments by some South African minister who is an appointee of President Ramaphosa,” Charamba tweeted.

“Whatever it is the NewsDay editor is angling for won’t remain disguised for too long. His hostile editorial thrust simply has exceeded journalistic limits. It is now an anti-Zanu-PF, anti-government and anti-country crusade run consistently,” Charamba wrote.

“When a newspaper makes it its duty to play opposition to government of the day, well, it may be time to call it to order and invite it to formalise its chosen and desired role of opposition, but without hiding behind the parapet of the noble profession of journalism.”

He warned of unspecified consequences.

“They do that, they cross the line of professionalism which is their only shield against reactions that may inevitably come by way of consequences. The Constitution does not privilege editors …”

He accused NewsDay of ignoring stories that paint government in good light, including Tuesday’s currency auction that he claims “finds the Zim dollar retaining its firming path which has been running for three sales in succession”.

But Zimbabwe National Editor’s Forum (Zinef ) national director Njabulo Ncube said the threats on NewsDay and its editor were uncalled for and Mnangagwa must rein in his lieutenants.

“We cannot allow civil servants to abuse journalists. Journalism is a profession. Let civil servants allow journalists to work because what we have noticed is there is lot of interference in the State media and we don’t want that to cascade to private media,” Ncube said.

He said the attack would result in Zanu-PF militia targeting NewsDay journalists.

Media Alliance of Zimbabwe chairperson Tabani Moyo said government officials should not interfere in the operations of media outlets.

“The good thing about Mr Charamba’s threats is that he is not the editor of the paper, so he cannot decide the content that comes out in the paper,” Moyo said.

“We stand firmly behind independent journalism in Zimbabwe as exhibited by NewsDay and encourage its editorial team not to budge to any forces of pressure and continue to abide by its ethical decisions they are taking in breaking stories daily.

“Being attacked by all quarters across the political divide, from Zanu-PF, the MDCs and other parties, it shows that (NewsDay’s) journalism has stood the test of time, so do not lose sleep in the sideshows and bushfires. You are on the correct side of the divide and it is the factual reporting that you are doing. That’s what matters and Zimbabwe is well-informed now because of what you are doing.”

“Threats have no place in a country that is engaging the international community,” he said.

Dongozi said what was more worrying was that Charamba’s attacks came days after journalists were attacked by unknown assailants while covering a Press conference in Harare and yet government remained silent.

Observers said government should leave media houses to carry out their mandate as their call was to hold the Executive to account and the behaviour by Charamba was a threat to the independence of the media.