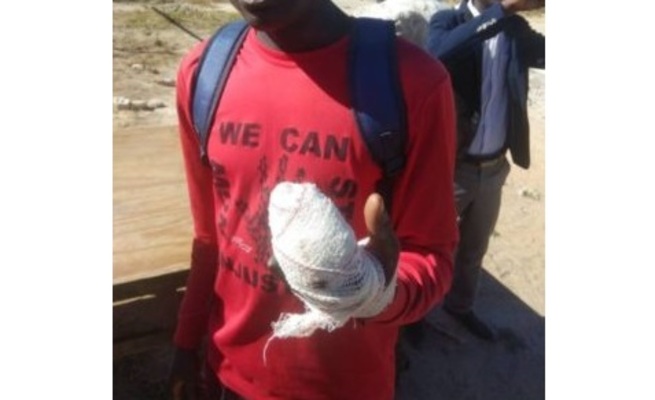 The Nelson Chamisa-led MDC Alliance (MDC-A) said it has foiled an attempted hostile takeover of its Kwekwe offices by youths linked to the judicially-created MDC-T secretary-general Douglas Mwonzora.

In a post on Twitter, MDC-A youth league leader Obey Sithole said some of their youths were injured during the melee. He said:

“Today some violent youths aligned to the [Douglas] Mwonzora et al outfit attempted to steal our office in Kwekwe with the help of the army as usual.

“However their attempt was foiled by our resilient youths, sadly some have been badly injured. We urge Mwonzora to abstain from violence.”

In a post on the MDC-A social media channels earlier on Saturday, the party said Mwonzora thugs had stormed its office in Kwekwe armed with weapons and injured one security guard who was left in need of urgent medical attention.

In June this year, MDC-T activists, with the support of soldiers, seized the Morgan Richard Tsvangirai House, formerly known as Harvest House.

The offices were being used by Nelson Chamisa’s MDC Alliance as its national headquarters.